Apollo, Cupid and the Dead Python 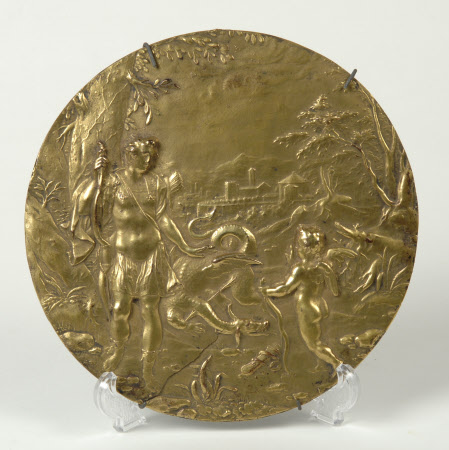 Gilt bronze relief plaquette, Apollo, Cupid and the Dead Python, after Paulus Willemsz van Vianen (Utrecht c.1570 - Prague 1613), possibly Dutch, early 17th-century. Derived from silver originals by Paulus van Vianen. After Paulus van Vianen went to the court of the Emperor Rudolph II in Prague in 1603 he produced gold and silver vessels and plaquettes, fashioned with some of the most exquisite reliefs ever seen in these metals. Most of these have been melted down since, but casts in less precious metals such as lead and bronze, like these (of which other versions also survive) perpetuate their memory.