Venus and Cupid (after Veronese) 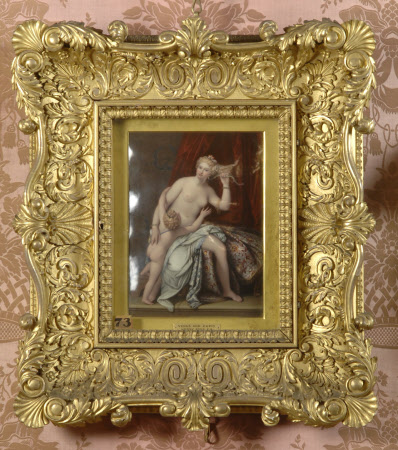 Enamel miniature, Venus and Cupid (after Veronese) by Henry Bone, RA (Truro 1755 – Somers Town, London 1834), 1819. The original painting was in the collection of Sir Sion Clarke and now in a Swiss private collection.