Figures on a Shore (fragment) 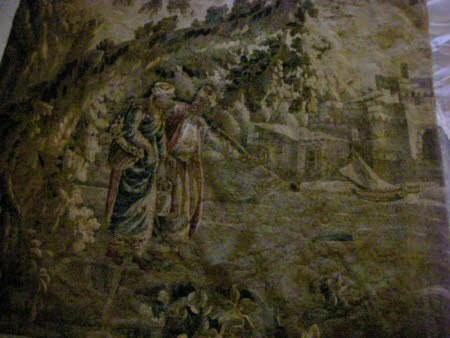 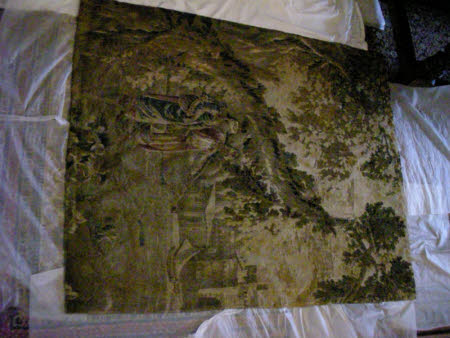 Tapestry, wool and silk, 5 warps per cm, Figures on a Shore from a set of five Port Scenes, Aubusson, after a design by Claude Joseph Vernet, c. 1765-1780. Two figures standing by a tree on the sea shore, one of them pointing to a boat partly visible at the lower right. There are no borders and the tapestry has been cut from a larger piece.