Gathering before a Village Inn 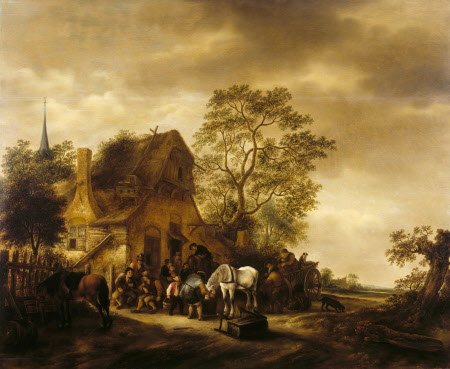 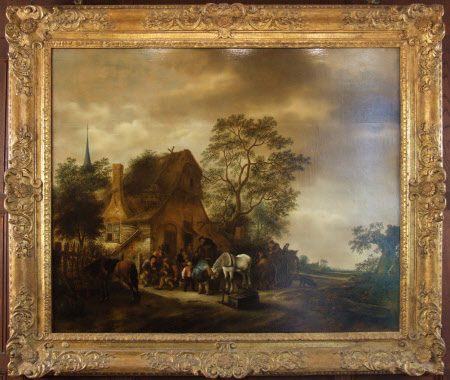 Oil on panel and gilt

The flurry of social interaction occasioned by the arrival of a group of travellers at a Dutch wayside inn was a typical subject for Van Ostade in 1640s. The tumbledown architecture is handled with this artist’s characteristic delicacy although the treatment of the figures, especially the white horse at the centre of the scene, is less sensitive than his best compositions, suggesting that this is the work of more than one hand or a good imitator.

Oil painting on panel, Gathering before a Village Inn, attributed to Isack van Ostade (Haarlem 1621 – Haarlem 1649), 1640s. A group of peasants outside a village inn; a horseman has halted among them and a man is feeding a horse harnessed to a wagon, on which sits a woman feeding a child; at the left another horse is feeding from a trough. Signed on barrel: "Es. van Ostade".