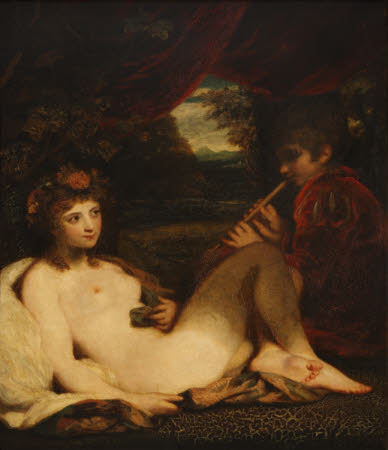 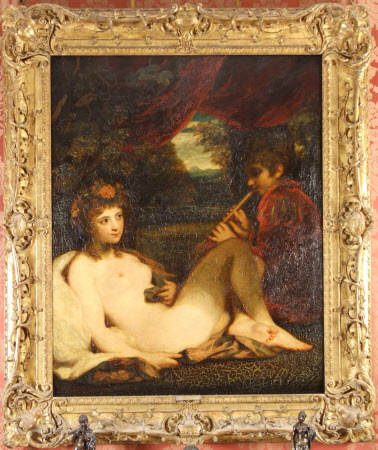 Oil on canvas, and giltwood

Oil painting on canvas, Nymph and Piping Boy by Sir Joshua Reynolds (Plympton 1723 - London 1792), circa 1785-6. The female nude reclines at the left on white and yellow drapery under a red canopy in a wooded landscape; she wears a wreath of flowers in her hair and looks towards a boy dressed in red velvet, who is seated at the right playing a pipe.