The Water Seller (A Cairo Street) 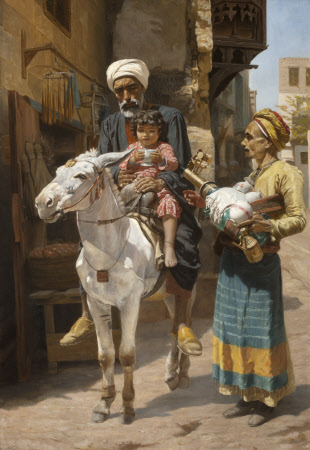 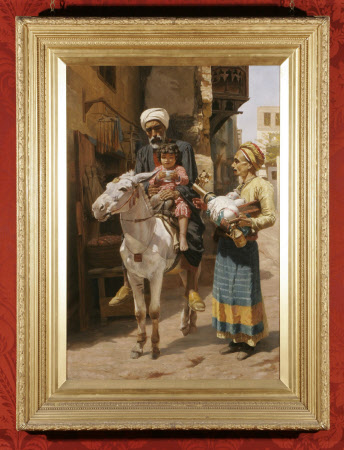 Oil painting on canvas, The Water Seller (A Cairo Street) by Walter Charles Horsley (London 1855 – 1934). A street scene with a man and a child seated on a donkey, and a water seller by their side. Horsley exhibited paintings from Turkey, India and Egypt, at the Royal Academy of Arts, London between 1875 - 1904 and, particularly 'A lemonade seller - Cairo' was shown in 1888.