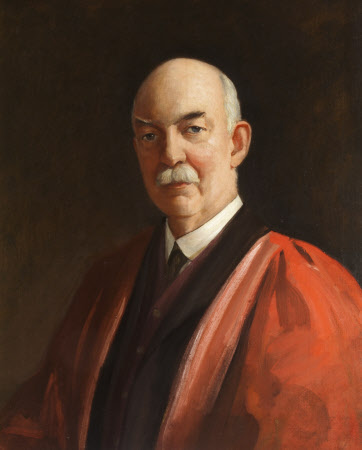 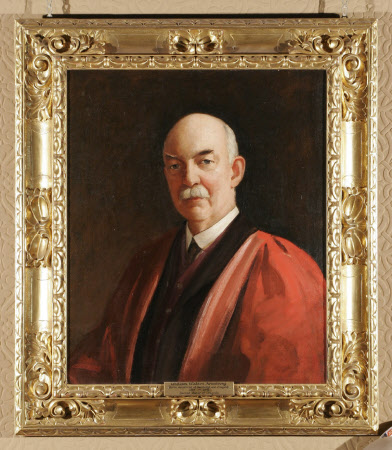 William Watson-Armstrong was the second owner of Cragside, which he inherited from his great uncle, William George Armstrong, 1st Lord Armstrong of Cragside (1810–1900). He is shown here in academic robes.

Oil painting on canvas, William Henry Armstrong Fitzpatrick Watson-Armstrong, 1st Baron Armstrong of Bamburgh and Cragside (1863-1941) by Graham Glen (fl.1895 – 1925), signed on turnover of canvas behind frame: G. Glen. A half-length portrait of a man turned to the left, looking at the spectator, balding and with a white moustache, wearing a red academic robe over a black suit.

On the turnover of the canvas behind the frame: G. Glen