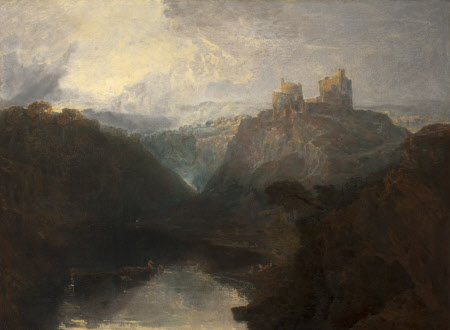 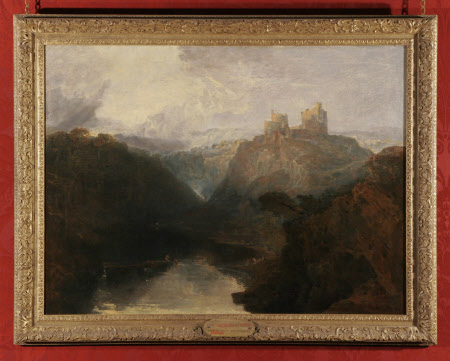 Turner visited Kilgarren Castle on his tour of south Wales in 1798. He painted a number of views of the Castle, exhibiting 'Kilgarren Castle on the Twyvey, Hazy Sunrise previous to a Sultry Day' at the Royal Academy in 1799. Lord Armstrong bought a painting of Kilgarren Castle in 1878 from the collection of Munro of Novar, an important patron of Turner. Armstrong’s Kilgarren Castle was exhibited as a Turner at the Guildhall in London in 1899 alongside another version of the composition, which the artist John MacWhirter, after seeing the two paintings together, regarded as the original. When the major paintings in Lord Armstrong’s collection were put up for sale at Christie’s in 1910, Kilgarren Castle was among them. It did not reach its reserve, however, and was not sold, remaining to this day in the private collection of the Armstrong family. By a happy coincidence, the National Trust was bequeathed the present version – the very painting MacWhirter believed to be the original – by Lady Mildred Fitzgerald, in 1970. It was displayed at Wordsworth House in Cumbria before being transferred to Cragside.