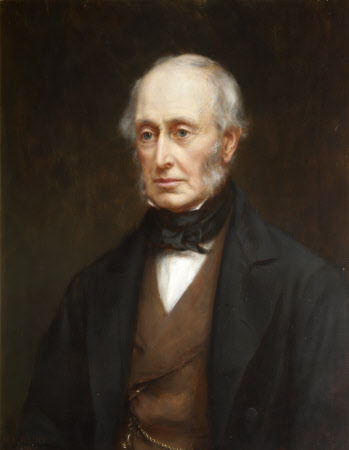 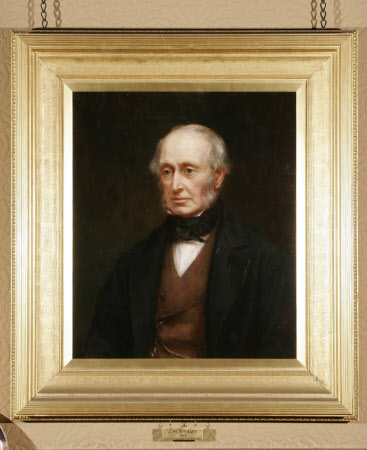 William George Armstrong (1810-1900) was an extraordinary scientist and technical innovator. As one of the leading industrialists of his generation, he greatly influenced the Victorian wealth of Newcastle upon Tyne. He and his wife created two beautiful homes: the first in Jesmond Dene on the outskirts on Newcastle, and then Cragside.

Oil painting on canvas, Sir William George Armstrong, 1st Baron Armstrong of Cragside (1810-1900), by Mary Lemon Waller (Bideford 1851 - 1931), signed and dated 1898. A head-and-shoulders portrait of Lord Armstrong of Cragside in old age, turned to the left, looking down, wearing a dark jacket, brown waistcoat, and black cravat. Mary Lemon Waller was a portrait and genre painter who studied at the Royal Academy where she exhibited from 1877 to 1904. She was the daughter of the Reverend Hugh Fowler of Bumwood, Gloucestershire and married the genre and animal painter Samuel Edmund Waller (1850 – 1903). She and her husband were recorded living in St John’s Wood, London in 1881. She was also a member of the Royal Society of Portrait Painters, London in 1925 and exhibited sixty works there as well as the Society of Women Artists, London, Walker Art Gallery, Liverpool, the Royal Institute of Oil Painters, London, Dudley Gallery and New Gallery, London, Grosvenor Gallery, London, the Manchester City Art Gallery and at the Royal Scottish Academy.

Presumably commissioned by Sir William George Armstrong, 1st Baron Armstrong of Cragside (1810-1900); recorded at Cragside by E. Rimbault Dibdin, ‘Lord Armstrong’s Collection of Modern Pictures. II’, in The Magazine of Art, April 1891; thence by descent; transferred by the Treasury to The National Trust in 1977 via the National Land Fund, aided by 3rd Baron Armstrong of Bamburgh and Cragside (1919 - 1987).