A Meeting of the Newcastle Phrenological Society 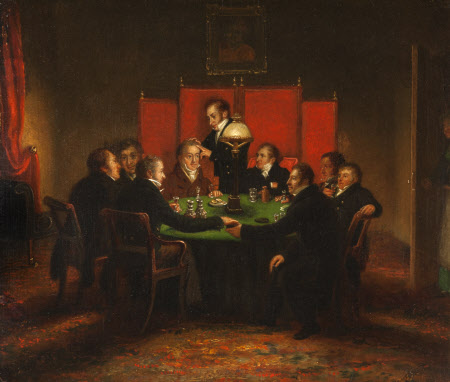 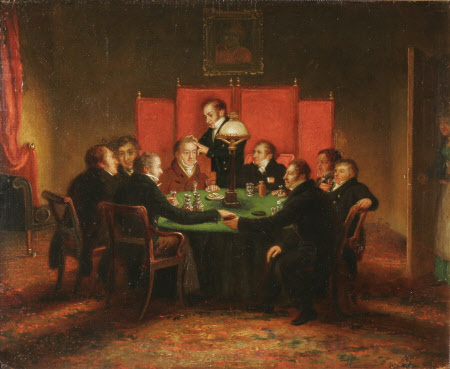 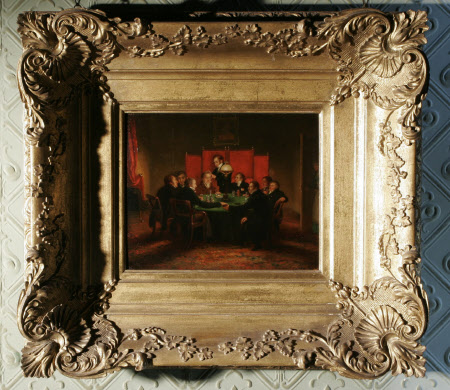 Phrenologists studied the shape and size of the skull as a means of determining the character and intelligence of a person. The practice was widely considered to have little scientific merit and in this painting phrenology is presented as more of a parlour entertainment than a serious academic pursuit. Eight men from the local Newcastle Phrenological Society drink, converse and share snuff around a table whilst a ninth man examines the temple bones of one of the seated figures.

Oil painting on panel, A Meeting of the Newcastle Phrenological Society, British (English) School, signed and dated, bottom left GR (?) monogram ------/--------1835. Eight male figures are seated around a green baize table illuminated by an oil lamp, with decanters and glasses on the table. A ninth man stands while he examines the bumps on a fellow's head. A female attendant enters the room from the right. The first meeting of the Phrenological Society was held on the 7th December 1835.

Verso: Papee label on back of frame: 124