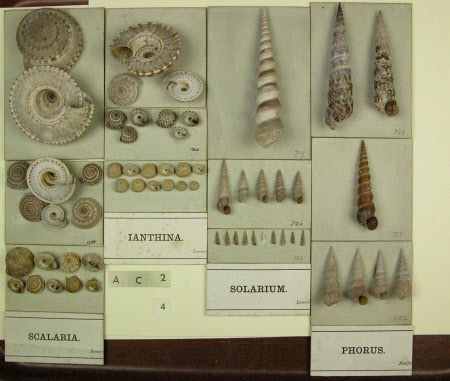 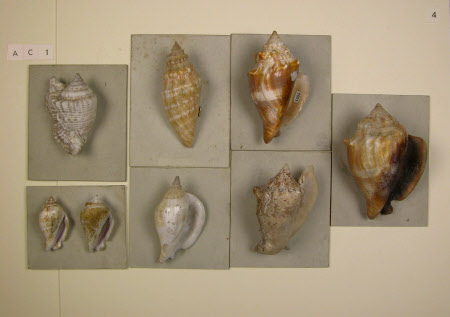 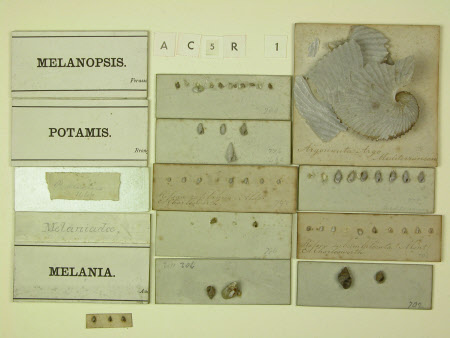 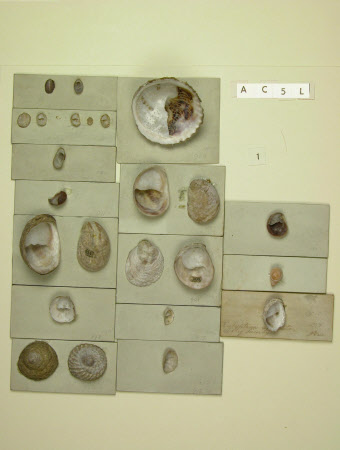 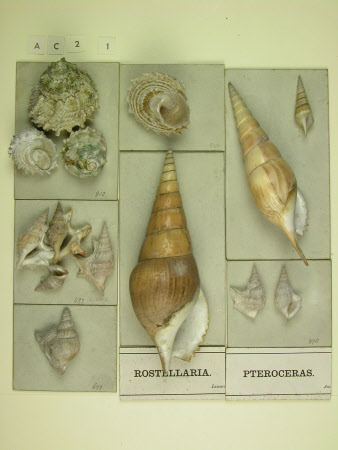 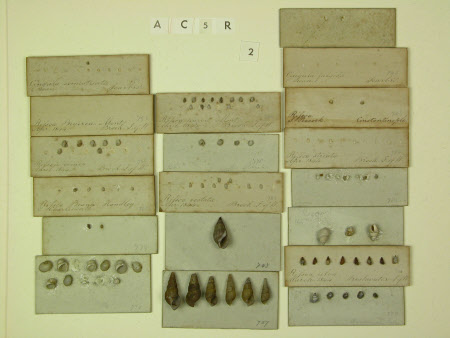 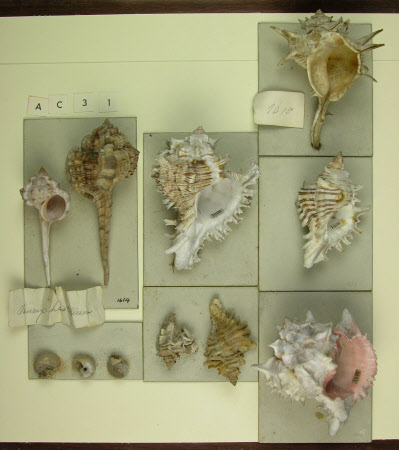 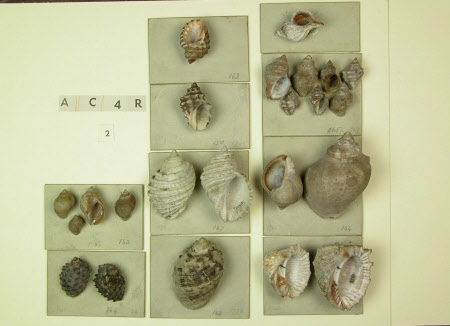 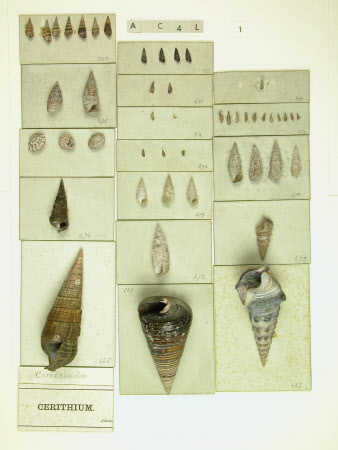 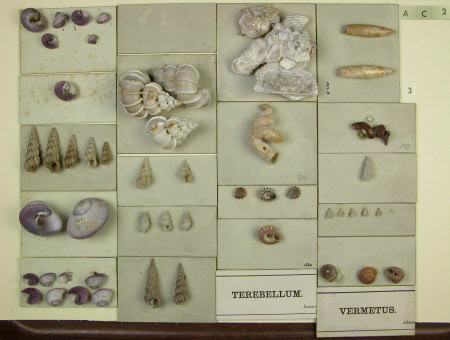 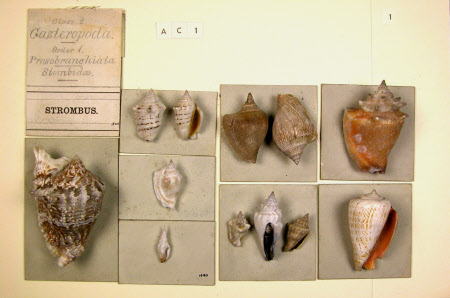 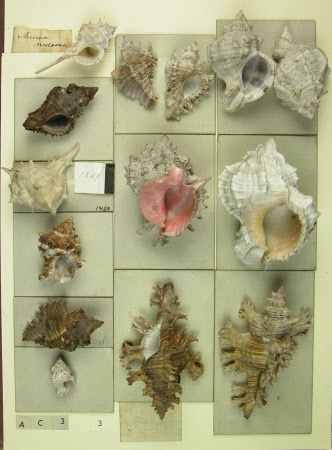 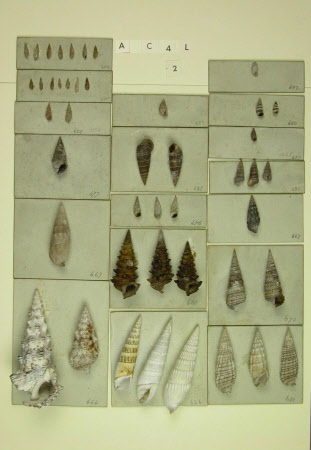 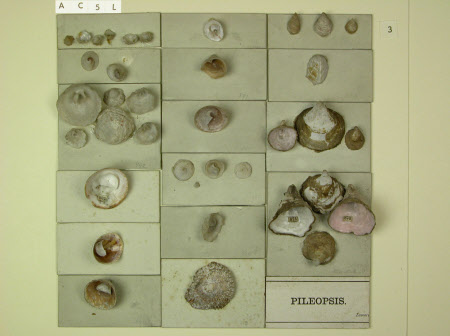 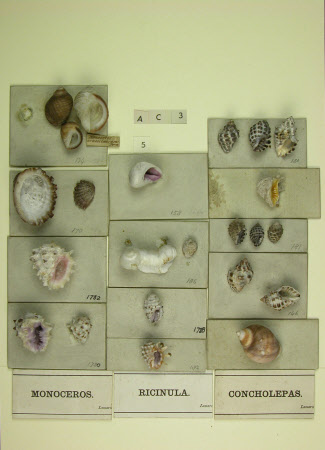 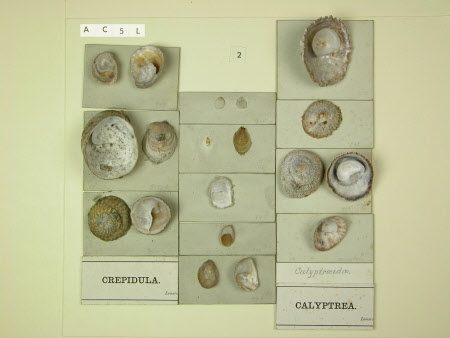 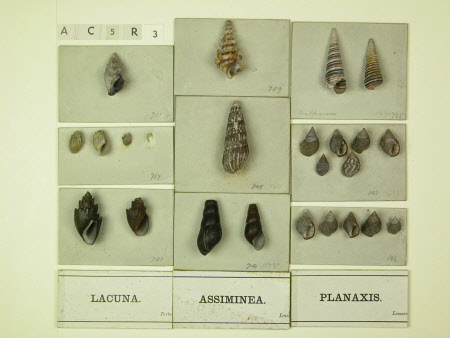 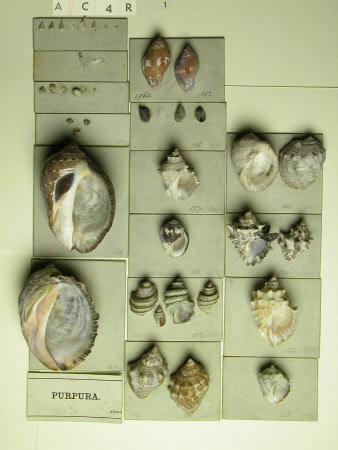 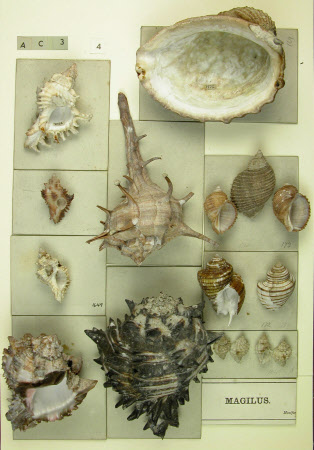 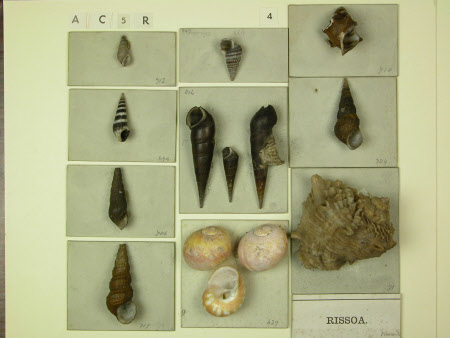 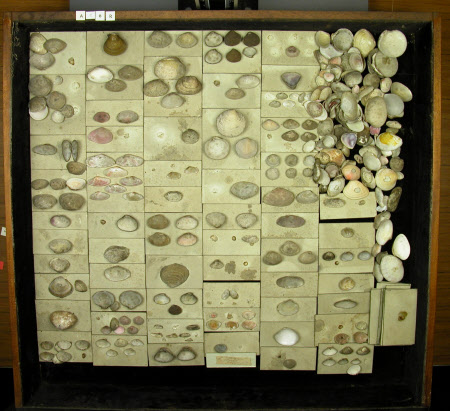 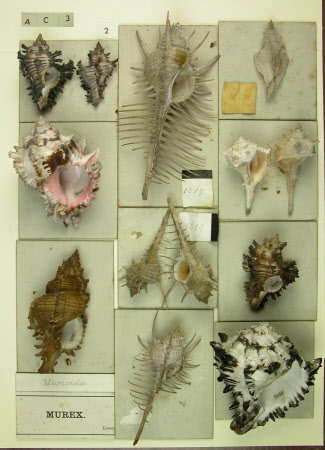 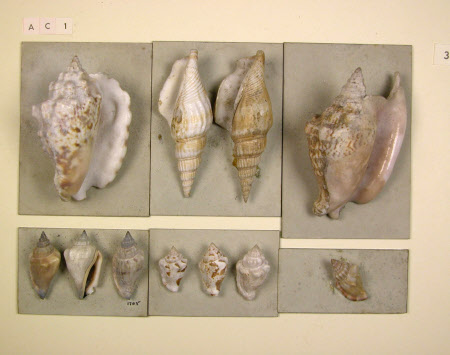 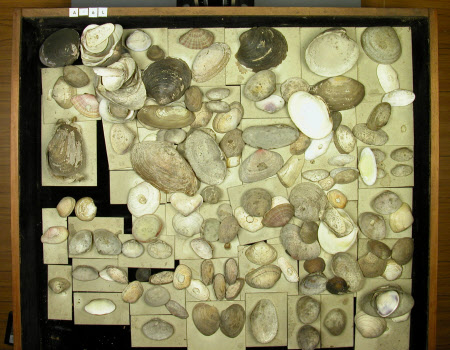 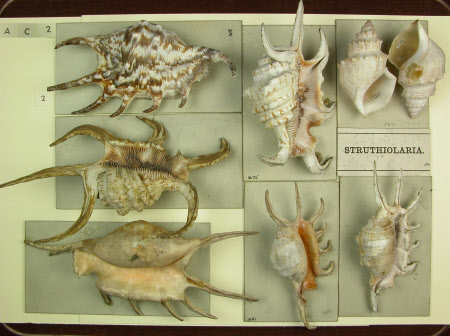 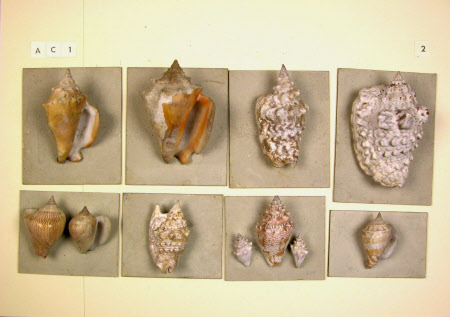 When the gallery at Cragside was first built, it was designed as a space for Lord Armstrong to study and display his scientific, geological and natural history specimens. The display cabinets are still housed in the gallery today and display approximately 5000 marine, freshwater and terrestrial mollusc shells.

A series of shells mounted on paper covered glass and wooden slides. Presented in species order interspersed with name plates, part of a total collection of approximately 5000 marine, freshwater and terrestrial mollusc shells divided between four display cabinets. Lord and Lady Armstrong had a keen interest in natural history, some of the specimens can be identified from a catalogue at Cragside dated 1844.

Most slides have old catalogue numbers written in pencil and some shells have printed numbers stuck to them.