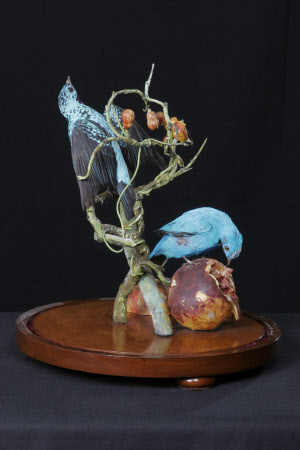 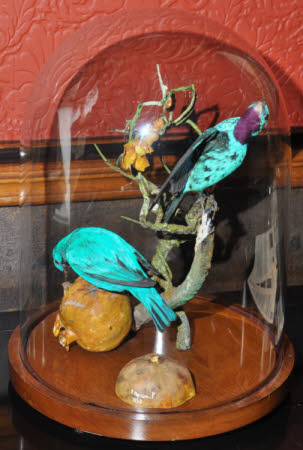 Lord Armstrong collected taxidermy and displayed his specimens in the gallery at Cragside House. Armstrong’s friend John Hancock was a celebrated local naturalist, and his pioneering work in mounting specimens in natural attitudes shocked and thrilled the Victorians. Armstrong collected a number of specimens mounted by John Hancock and also contributed liberally to the establishment of the Newcastle Museum of Natural History, which became known as the Hancock museum. The museum is now known as the Great North Museum: Hancock.

Two stuffed Blue Cotingas from South America, by John Hancock (1808-1890). Dated 1848. One bird is eating a pomegranate. Under a glass dome on a circular walnut base.