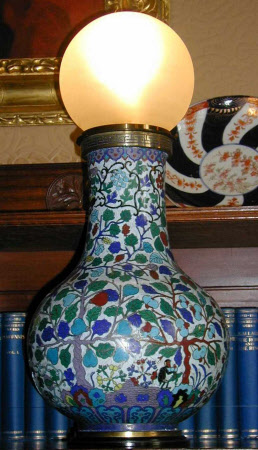 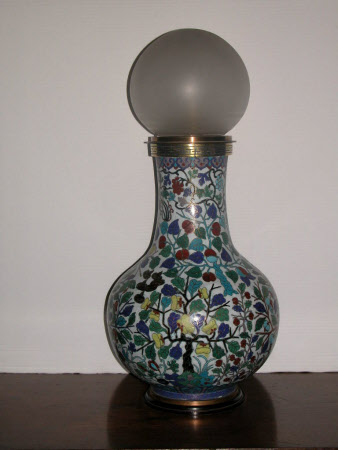 In 1880, Cragside became the first private house to be lit by hydroelectricity. The vase lamps in the library were fitted with Joseph Swan’s newly invented filament light bulbs, and a water-powered Siemens dynamo sent hydroelectricity into the house. The enameled copper vases (Cloisonné) were originally chosen as they could be used as conductors for the electric current. As the light switch hadn’t been invented, the lamps were turned on and off by placing the lamp in a dish of mercury. Luckily, the light switch was invented soon after.