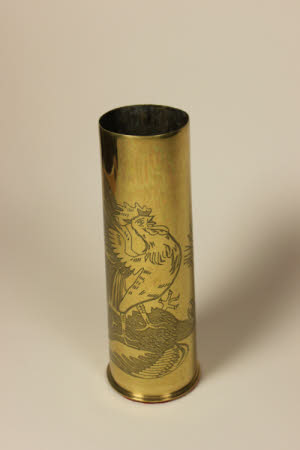 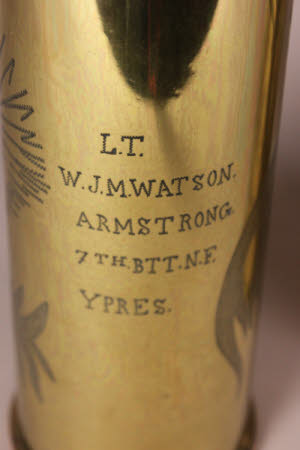 William John MontaguWatson-Armstrong (later 3rd Lord Armstrong) left for France and the 2nd Battle of Ypres in April 1915, along with his other comrades in the 1/7th Battalion Northumberland Fusiliers. To commemorate the centenary of Captain William’s departure, we have a selection of his possessions and souvenirs from his time in the army, on display at Cragside House. This pair of engraved shell cases are inscribed; “L.T. W.J.M WATSON. ARMSTRONG. 7TH BTT.N.F. YPRES.”. The shells are examples of First World War trench art, possibly even made by Captain William himself. Pieces of art and functional items were created by the soldiers from shell cases, bullets and other waste from the battlefield while off duty in the trenches.

One of a pair of engraved brass shell cases.