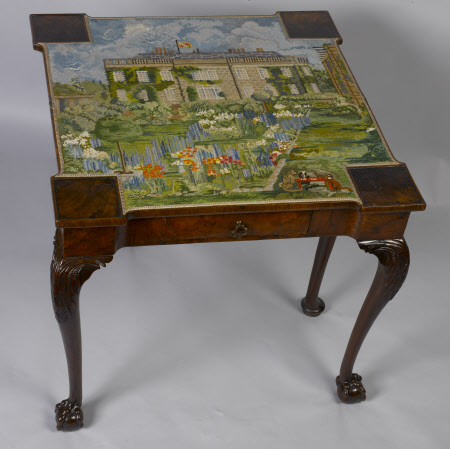 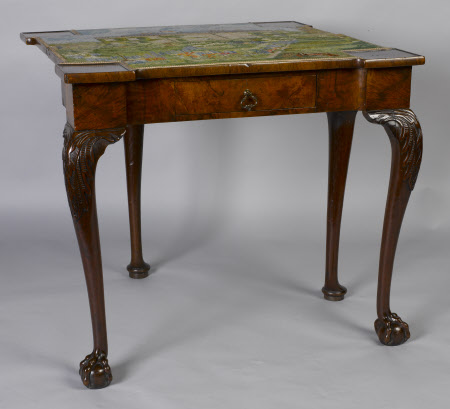 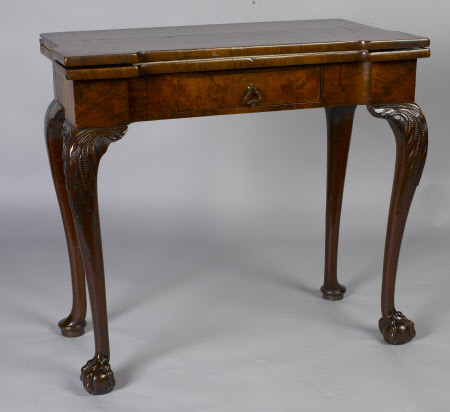 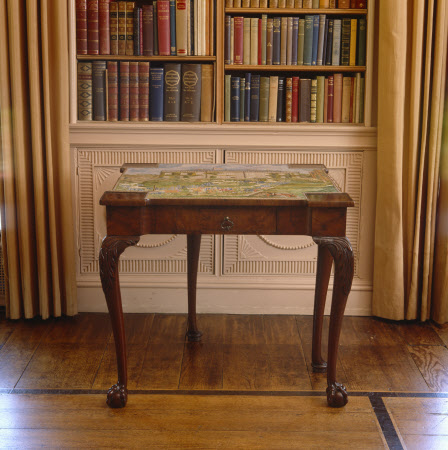 A walnut fold-over card table, British, early 18th century, the rectangular hinged table top with shaped front corners, the table top folding out to form a square table surface now lined with a panel of gros- and petit-point needlework fitted around the corner candle stands, with a single frieze drawer with a decorative brass loop handle, on four cabriole legs, the front ones carved with acanthus leaves to the knees and the legs terminating in claw-and-ball feet, the rear legs plain and terminating in pad feet, one rear leg with swing-action to the support the open table top. The petit- and gros-point panel now lining the interior of the table top depicts the west front and garden of Mount Stewart, the bottom right hand corner features a group of creatures playing cards at a red table. It is thought that these creatures may represent members of Lady Edith's 'The Ark' club. The members of the club who included prominent politicians, royalty, artists and writers were all required to have an animal or mythological nickname, Lady Edith was known as Circe the Sorceress. The four creatures featured in the needlework panel are a cheetah, a badger, a bird (possibly an eagle) and a red-furred animal (possibly a fox). We can pretty certainly identify two of the creatures as Charley the Cheetah, Lady Edith's husband, and Edmund Brock, the artist, known as Brock the Badger. The bird could be Edward 'the Eagle' Carson, the unionist leader. The red-furred creature's human counterpart is unknown.