The Congress of Vienna Chairs (Metternich) 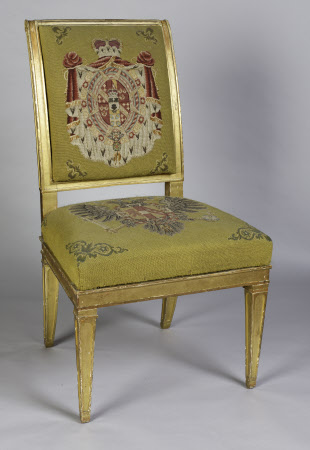 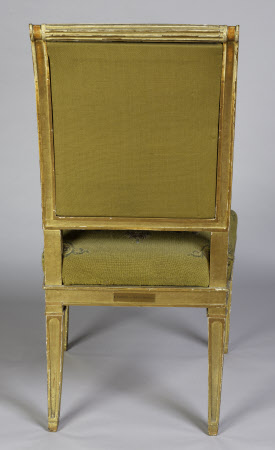 One of a set of twenty-two neo-classical chairs traditionally associated with the Congress of Vienna, 1814-15 (NT 1220560.1-22), two of which are later additions made in 1933 (NT 1220560.15 and 1220560.17). All chairs are upholstered and covered with pale yellow wool with silk embroidery, delineating the coat-of-arms of each of the principal delegates to the Congress (on the back) paired with the country, which they represented (on the seat). The present one bears the arms of Prince Klemens von Metternich (1773-1859), Foreign Secretary of the Austrian Empire during the Congress.

A small label at the back rail of the chair: The label reads: 'Prince de Matternich' [sic]