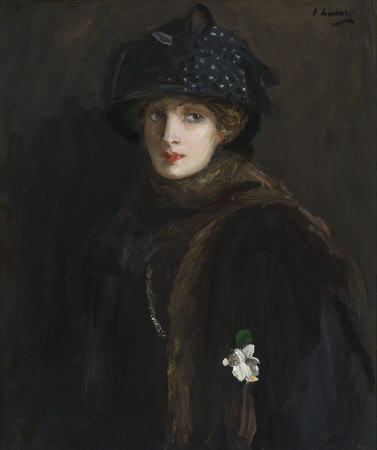 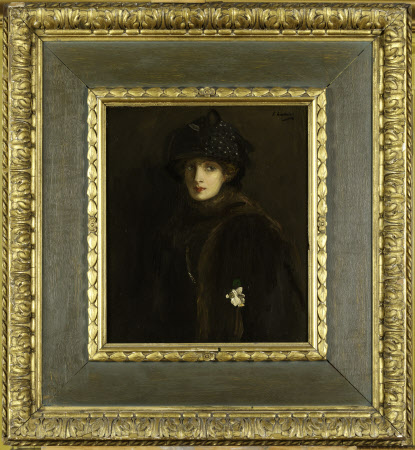 Sir John Lavery had an immensely successful career as a fashionable portraitist, particularly of women, painting in a dashing and fluid style. His wife Hazel - pictured here - was a noted beauty and her husband's muse. John gave her an orchid daily, as can be seen in the picture. Hazel was chosen to be the figure of Ireland on the Republic's bank note. She and John stayed with the Londonderry family on a number of occasions in the 1920s and 1930s.