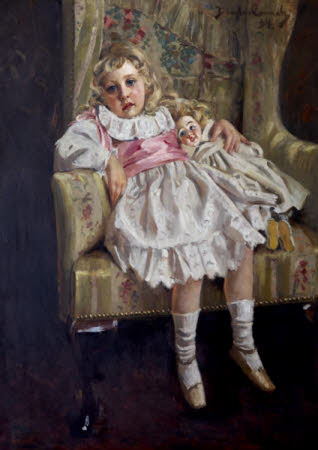 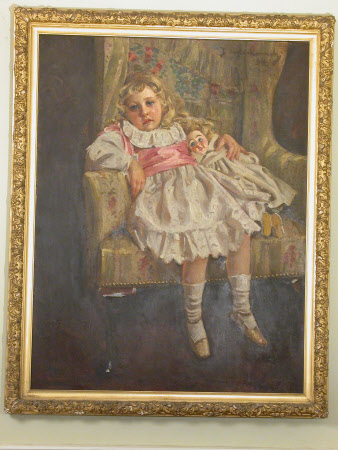 Oil painting on canvas, Agatha Mary Clarissa Miller, later Agatha Christie (1890 - 1976), aged 4 by Douglas John Connah (New York 1871–1941), signed upper right: Douglas Connah '94. A full-length seated portrait, of Agatha Christie, as a young girl, in a wing chair, holding her doll. Agatha Christie's father, the wealthy stockbroker Frederick Alvah Miller, was American and the New York-born portraitist, Douglas John Connah was a friend or possibly even a relation of Christie's American grandparents. Connah was the pupil of the American impressionist painter, William Merritt Chase (1849–1916). The portrait was most likely painted in England and is thought to be the work exhibited by Connah at the Royal Academy of Arts in London in 1894 under the title 'Lost in Reverie'.