The Sacrifice at Lystra (left half) 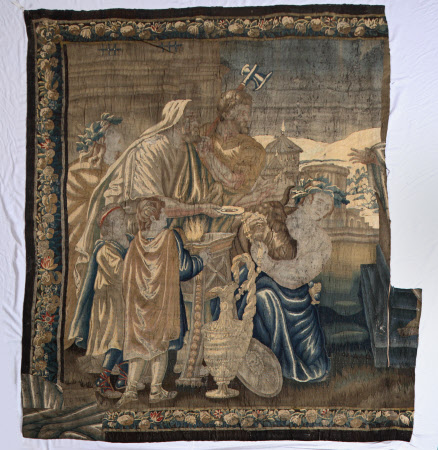 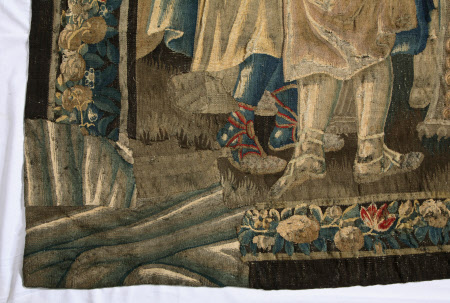 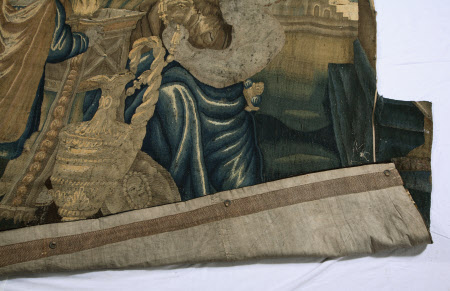 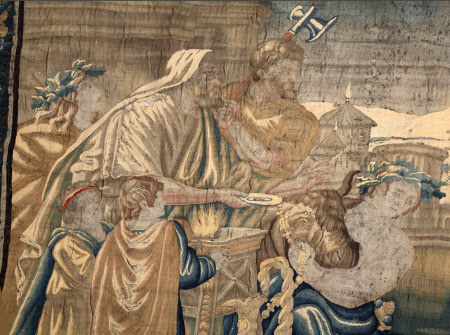 Tapestry, wool and silk, 4 warps per cm, The Sacrifice at Lystra (left half) from a set of three Acts of the Apostles, possibly Abel van Reghelbrugghe, Oudenaarde, after a design by Abraham van Diepenbeeck, c. 1670-1690. The left hand side of a larger tapestry, with an irregular cut down the right hand edge. In the centre a small fire burns on an altar in the form of a tripod, and a priest holds a dish over the flames. To the right a young man with a garland around his head kneels and holds an ox by its halter and another man stands behind holding an axe, poised to sacrifice the animal. In the left foreground there are two small boys by the altar, and a large urn stands on the ground beside them. Part of a raised platform and the left hand edge of a figure are visible on the right. The narrow borders on the top, bottom and left hand sides of the tapestry are made up of closely bunched leaves and flowers on a dark brown ground. The lower left hand corner of the tapestry is missing and has been replaced with three patches of tapestry.