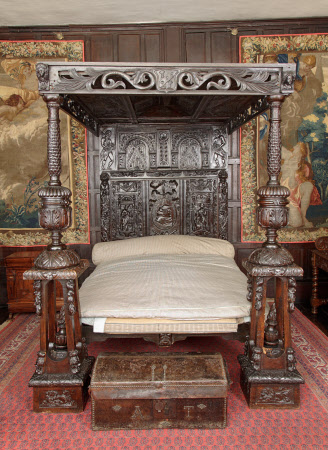 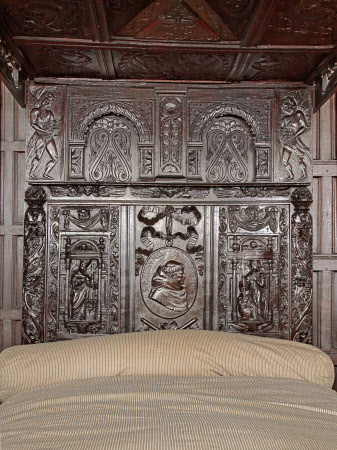 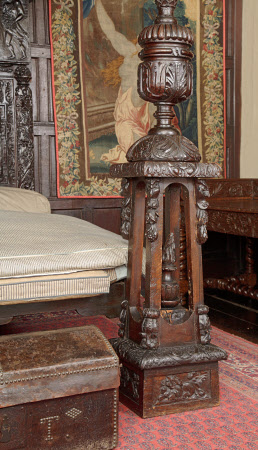 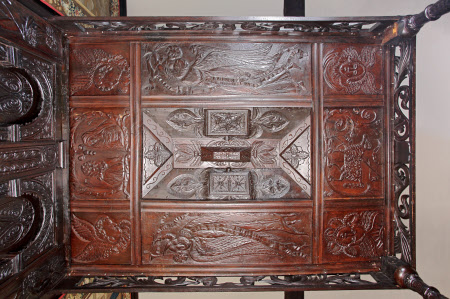 circa 1850 (with earlier elements)

One of several four-poster beds at Speke Hall is known as St Raymund’s, from the Continental carved portrait of a medieval monk which has been reused in the headboard. Other parts of the bed are of English origin – the open-work footposts being Victorian and possibly created by a Liverpool workshop.

An oak tester bedstead, probably English, constructed circa 1850 incorporating earlier European carved elements. The tester carved with cherub heads, angels and a lamb with a pierced scroll frieze. The headboard with arcaded panels and a medallion of St. Raymund flanked by panels of St Nicholas of Bari, possibly Bishop of Myraand and possibly St. Margaret of Antioch. The tester held at the foot end on turned cup and cover columns joining pierced square pedestals centred with flaming torches.