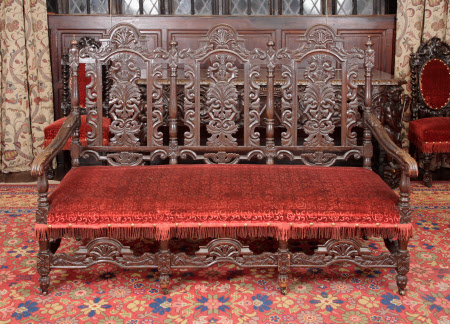 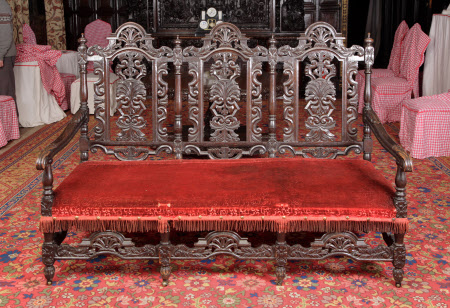 A pair of oak triple chair back settees, English, circa 1850. 17th century style, each with pierced foliate back panels separated by turned baluster uprights, foliate scroll ends to the arms and an overstuffed seat, raised on turned baluster supports and legs, tied by stretchers, brass castors.