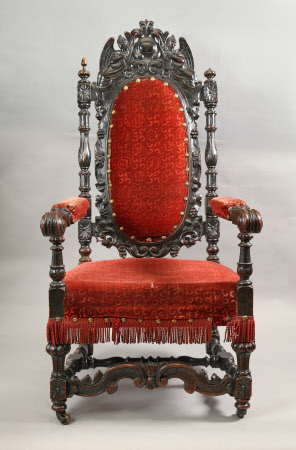 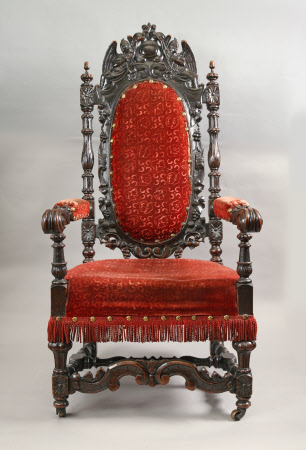 Speke Hall has several large sets of elaborately carved chairs in late 17th-century style. All are mid-Victorian, and most are upholstered in a crimson velvet which is stamped with a pattern of poppy heads, with trimmings held by gilt poppy-head nails.

A pair of oak and upholstered high back open armchairs, English, circa 1850. Each with a carved frame and oval padded back flanked by turned baluster uprights, surmounted by finials and with a pierced cartouche crest with winged figures. Scroll ends to the padded armrests raised on turned baluster supports and legs, tied by stretchers and with brass and ceramic castors.