A View of the South Front of Speke Hall 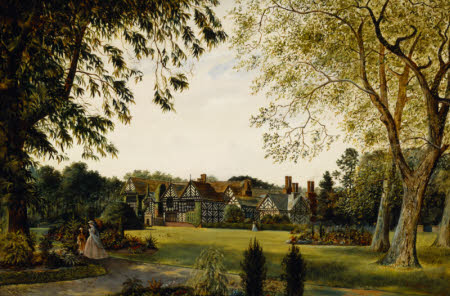 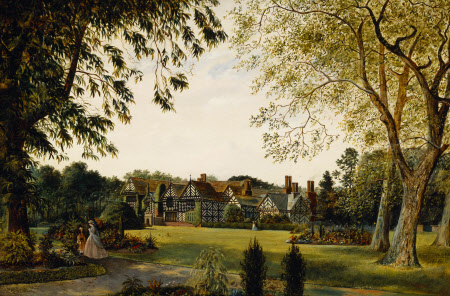 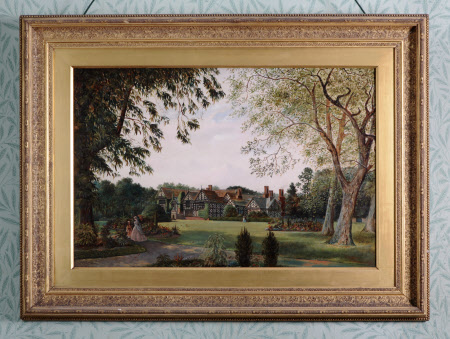 John Suker painted this picture of Speke Hall and its south lawn in 1865, when Richard Watt V and his wife Adelaide were living there. The previous ten years had seen a major restoration of the Hall and the creation of an attractive garden, still enjoyed by visitors today.

Oil painting on canvas, A View of the South Front of Speke Hall by John Suker, signed and dated, bottom right, J. Suker/ Tranmere 1865. A view from across the garden, flanked by trees. A female figure dressed in Victorian costume standing with small child to the left. Further figures in front of the hall in the distance. In FR/016