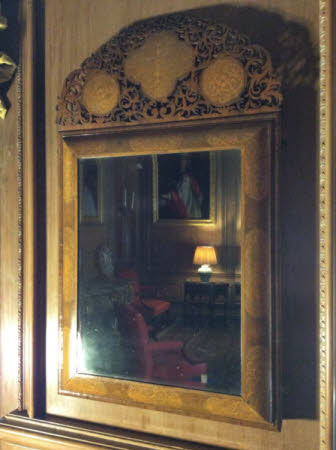 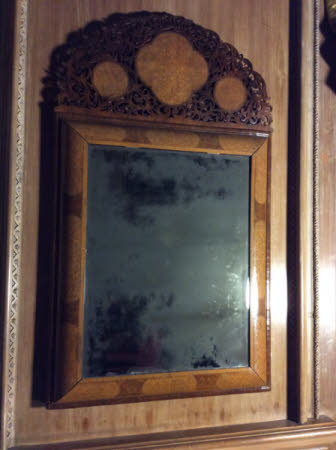 A pair of marquetry inlaid princeswood wall mirrors, English, circa 1690-1700. Each with a pierced fret work crest inlaid with arabesque or 'seaweed' marquetry panels above a cushion moulded frame with conforming marquetry and a bevelled mirror plate. One plate contemporary, the other a later replacement.

A pair of side tables (NT 1190824) display a very similar style of marquetry, also inlaid on princeswood they are almost certainly by the same workshop and supplied together. The 'suite' is of fine quality, emphasised by the use of princeswood and the high quality marquetry panels, the carved fret work to the mirror cresting is of particular note. Illustrated by Bowett in English Furniture 1660-1714 pl.9:9. (James Weedon, October 2017)