A Village Street with a Performing Bear 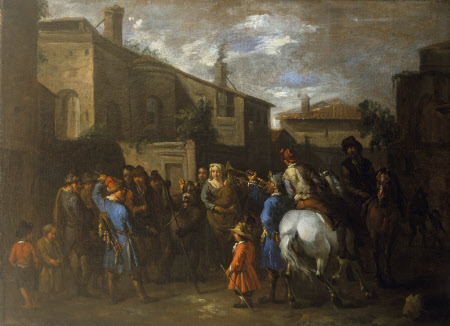 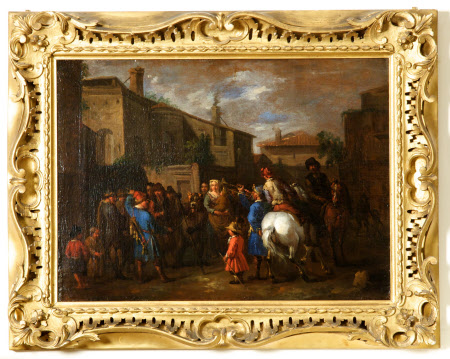 Oil painting on canvas, A Village Street with a Performing Bear, by Pieter van Bloemen, called 'Il Stendardo' (1657-1720), seventeenth century. A street scene showing a performing bear surrounded by peasants and soldiers, one on a white horse seen from behind in the forground, centre right, and another on a dark horse on the right. A mother holding a baby stands next to the bear, also upright with a bridel and a stick in his right paw.

Accepted by HM Government in lieu of inheritance tax and allocated to the National Trust for display at Plas Newydd, 2016.