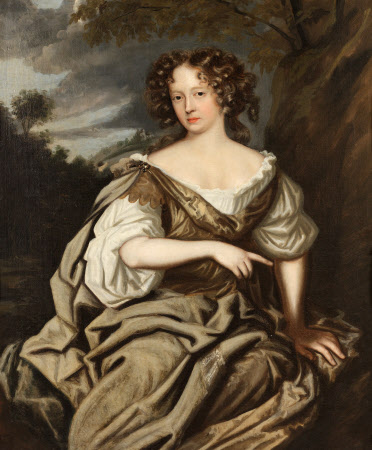 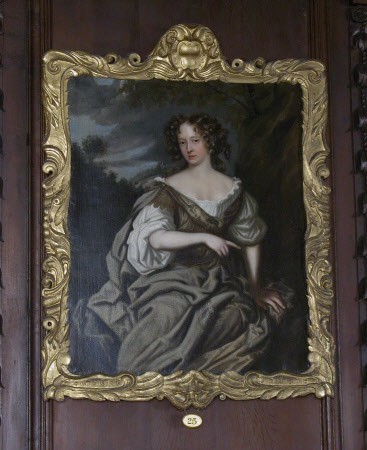 Mary Beale was one of the most successful professional female painters in 17th-century England. Although other women painters painted for commercial profit, only Beale is now represented by a large body of work.

Oil painting on canvas, Possibly Mary Knott, attributed Mary Beale (Barrow 1633 – London 1699) A three-quarter-length portrait, square on, wearing brown and white dress and sitting in a landscape. The pose, with her right arm across her chest and finger pointing and her left hand resting on seat beside her, is taken directly from Lely's portrait of Catherine Sedley, Countess of Dorchester, and Esse Rich, Countess of Nottingham, but the sitter's face resembles that of two portraits of Mary Knott, who may have been a daughter of Sir Thomas Nott, Gentleman Usher of Charles II. One of these portraits of 'Mrs Knott' is a head and shoulders by Mary Beale at Holker Hall, Cumbria.

By inheritance with some of the contents, in 1978, that were acquired along with Chirk Castle from Lt-Col Ririd Myddelton (1902–1988) by the National Land Fund and handed, on loan for 99 years, to the Secretary of State for Wales (In 1981 Chirk was transferred into the ownership of the National Trust) On loan to the Trust from Guy Charles Myddelton. Gifted to Guy C Myddelton from Captain David Myddelton in 2010.