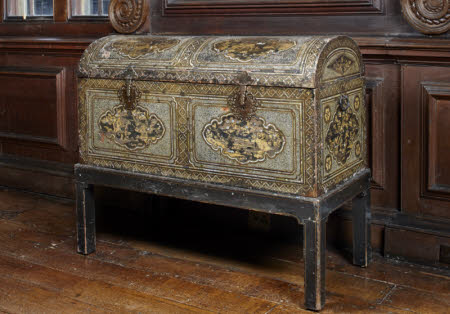 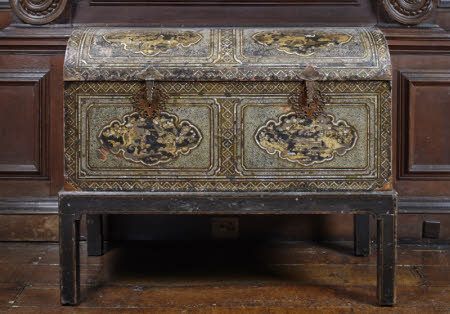 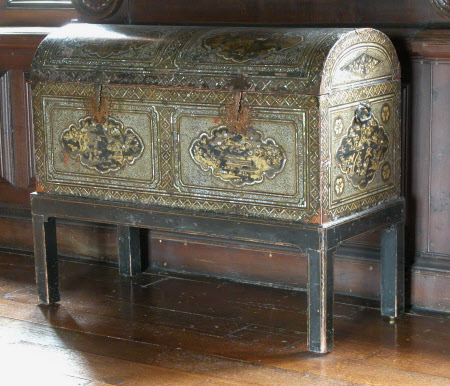 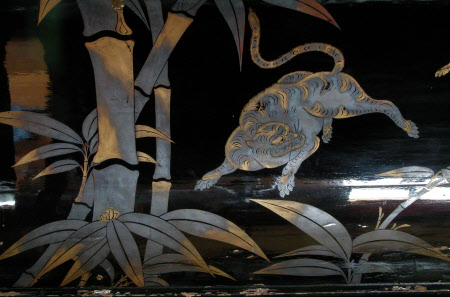 A Nanban lacquer and shagreen domed chest, Japanese, circa 1600 (NT 1170737.1), raised on a later japanned softwood stand, possibly 18th century, English (NT 1170737.2). The domed chest decorated with lacquer, mother-of-pearl, shagreen and gold and silver powder in a design of shaped cartouche-like reserves depicting landscapes, and animals, the ends also with ‘mon’ (circular family emblems) all against a speckled ground and within mother-of-pearl lines and diaper-work borders. The underside of the lid with a pair of tigers amidst bamboo. Mounted with gilt copper corner clasps, hasps and lockplates and carry handles. The later stand japanned in black and highlighted with gilt lines, on rectangular-section legs.

Presumably acquired by Sir Thomas Myddelton I (1550–1631) and thence by descent. Listed as being in the Long Gallery at Chirk Castle in the 1910 inventory (and there called ‘King Charles's Box’); accepted in lieu of tax by HM Goverrnment and allocated to the National Trust for display at Chirk Castle, 1999.