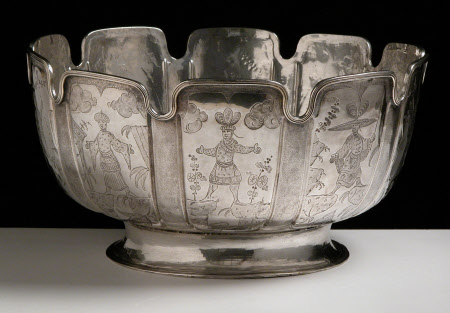 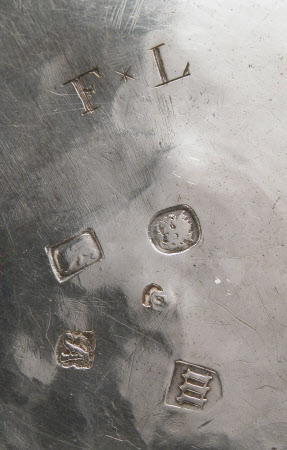 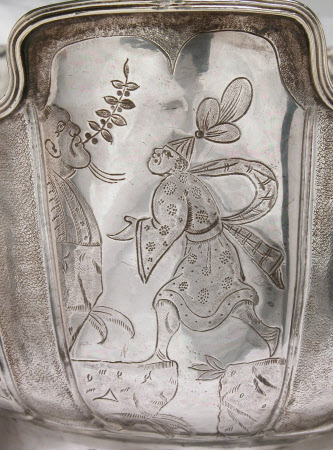 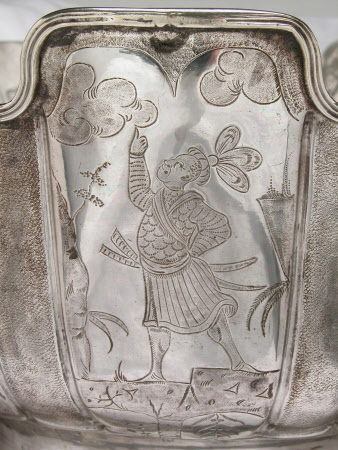 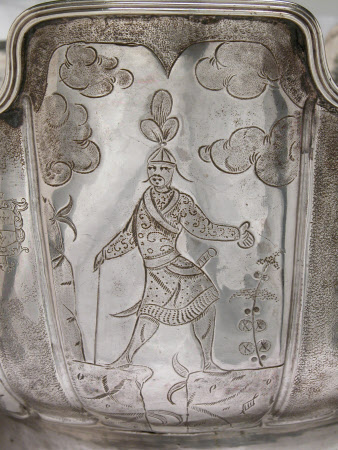 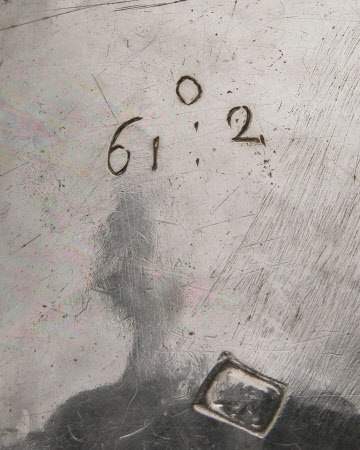 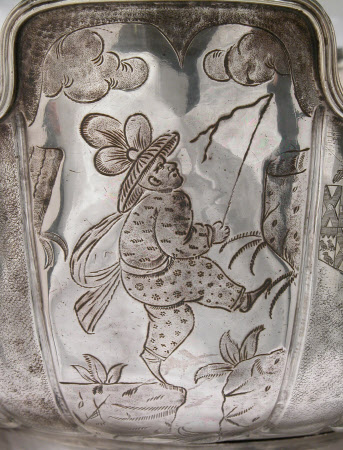 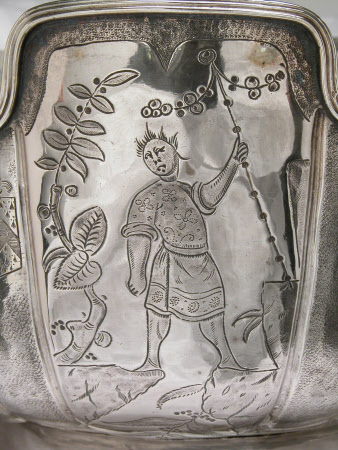 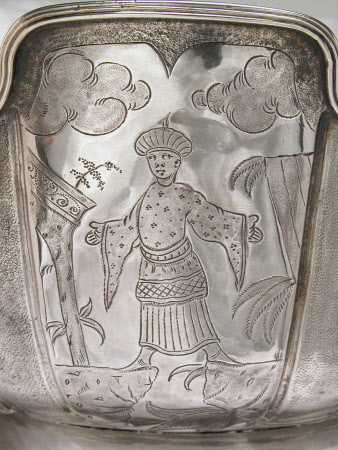 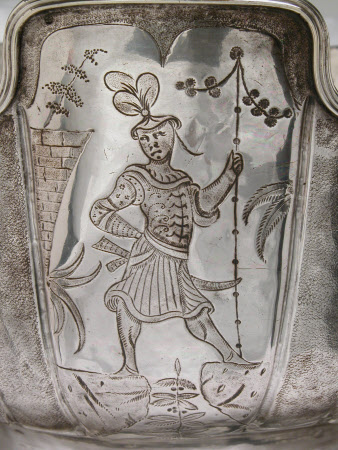 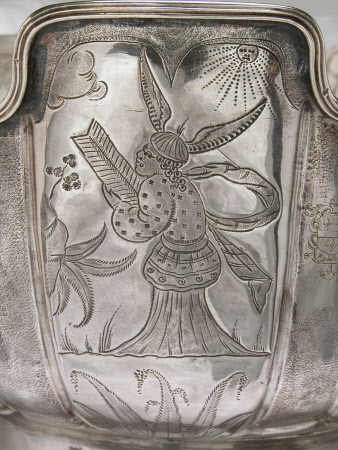 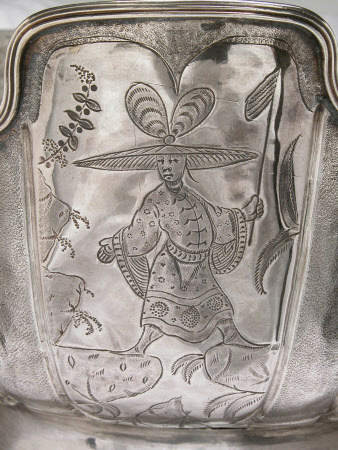 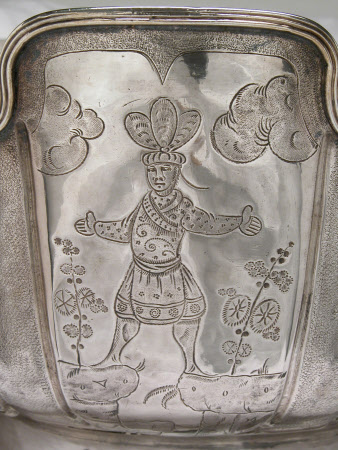 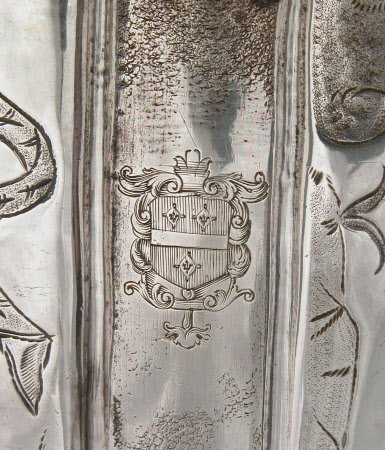 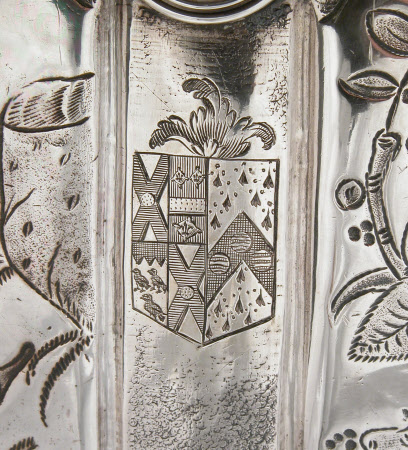 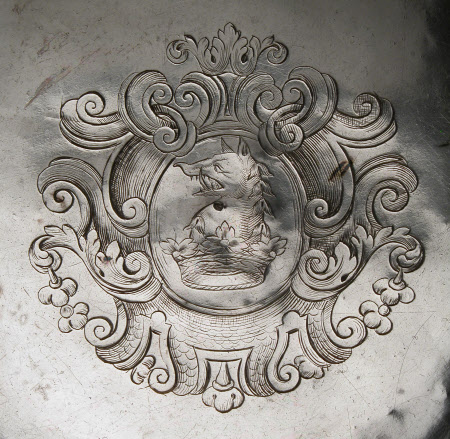 Hot off the press! We have very recently discovered that this beautiful 1689 monteith was made by John Austin (5) and decorated by Andrew Raven.

Monteith. A William and Mary large, silver monteith on a spreading foot with a reeded 'crenelle' rim The body has ten shaped panels between matted bands, each panel being engraved with a Chinese figure striding across a chasm. The centre was engraved at a slightly later date with a crest in a baroque cartouche. Two of the matted panels were later engraved with the arms of Hutton impaling Cust. The maker's mark is IA, London 1689.