A Monk and a Nun 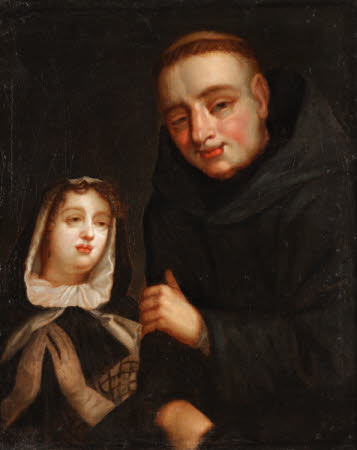 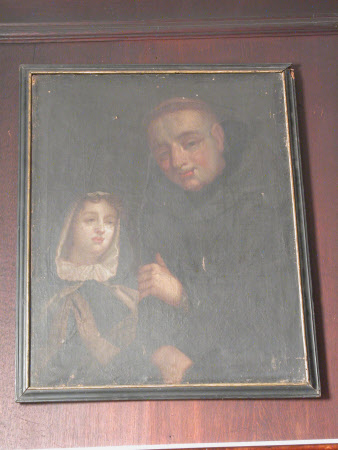 Oil painting on canvas, A Monk and a Nun, British (English) School, late 17th century. A satirical three-quarter-length portrait of a monk and a nun. The monk looks larger than life, facing, standing on the right and the nun, smaller in proportion, on the left. Similar to the ERD/P/75, a satirical scene of the Friar once played by Tony Leigh.

In an undated early 19th century inventory of Erddig, as: 'Monk and Nun' and thence by descent; given by Philip Yorke III (1905 – 1978) along with the estate, house and contents to the National Trust in 1973