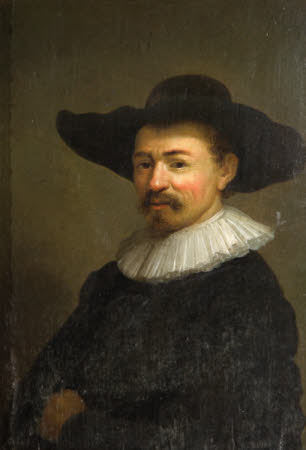 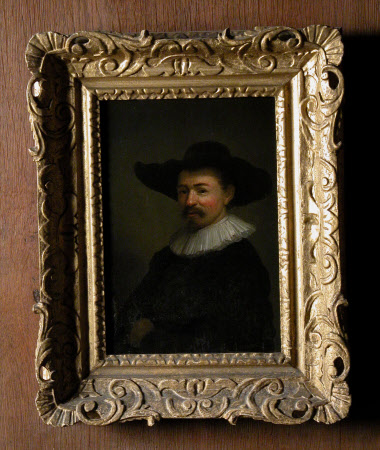 Oil painting on panel, Herman Doomer (1595-1650), 'Rembrandt's Frame-maker' after Rembrandt van Rijn (Leyden 1606 – Amsterdam 1669), mid 17th century. A half-length portrait, to left, wearing a broad-rimmed hat and white ruff and with his hands folded in front of him. It is similar, although the sitter here looks older, to a signed and dated portrait, in reverse, of Herman Doomer, son of Rembrandt's pupil, Lambert Doomer, now in the Metropolitan Museum of Art, New York.