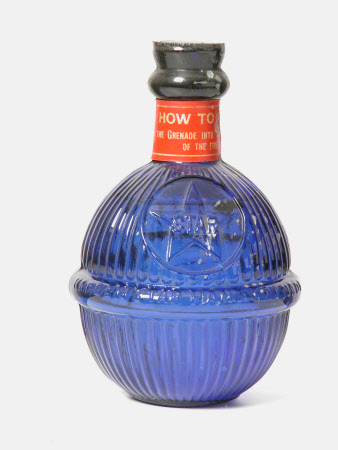 Fire was a fear in any home before emergency services were commonplace. Erddig had its fair share of minor fires, all extinguished safely by estate workers who would have been summoned by the ringing of the bell in the central bell-tower. Simon Yorke III (1811-94) seems to have been particularly fearful of a fire at Erddig. He purchased more than 50 of these H.D. Harden glass extinguisher bottles or 'grenades', filled with 72% water, 19% common salt and 9% ammonium chloride. The idea was that when the bottles were thrown into a small fire, the ammonium chloride would heat to boiling point and produce fumes with which to 'blanket' the fire. In reality, these bottles were not more useful than throwing a cup of water at the flames. Placed at various locations throughout the house, these 'grenades' can still be seen today.