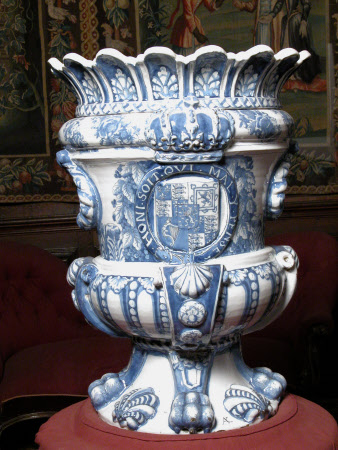 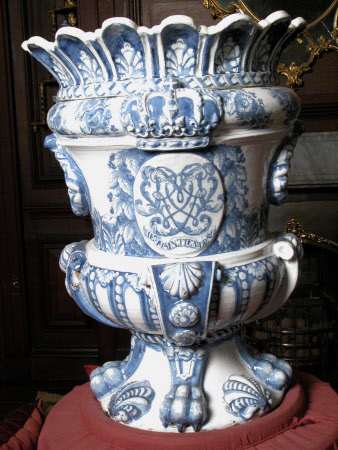 A Dutch Delft garden pot. The massive, blue and white, earthenware orange-tree pot, of campana form, has fixed ring 'handles' moulded to the sides. It is painted with the royal arms of William III, enclosed by the garter and surmounted by the crown moulded in relief. The reverse has the WM monogram for William and Mary within floral cartouches. The lower part is painted with beaded false gadroons. Below this, there are four moulded legs with shell and scroll upper parts and paw feet, and also four scallop shells in relief. The detachable, flared neck is waved, fluted and painted with shells. The base is circular, and there is a blue AK mark for the Greek 'A' factory.

On foot rim: 'AK' [monogram in manganese black on the foot rim]