Ganymede and the Eagle 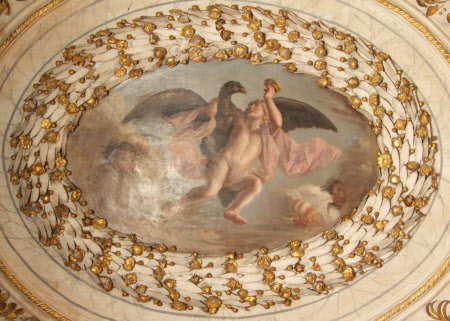 Oil painting on plaster, Ganymede and the Eagle by Antonio Verrio (Lecce c.1639 – Hampton Court Palace 1707). Oval. Inset ceiling painting. A semi-nude Ganymede wearing a pink cloak is carried into the sky by an eagle (Zeus in disguise), an old male figure to the left looks on.