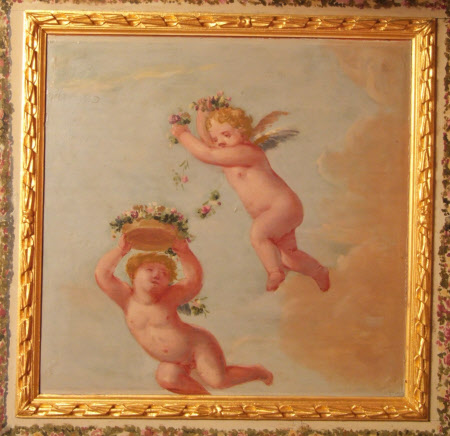 Oil painting on plaster, A Cupid with a Basket of Flowers and a Cupid sprinkling Flowers by Antonio Verrio (Lecce c.1639 – Hampton Court Palace 1707). Two flying cupids, one holding aloft a basket of flowers and the other sprinkling flowers, a cloudy sky. One of three, inset ceiling paintings.