Flora with Cupids sporting among Clouds (after Polidoro da Caravaggio) 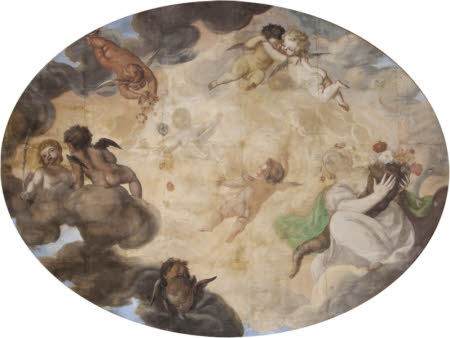 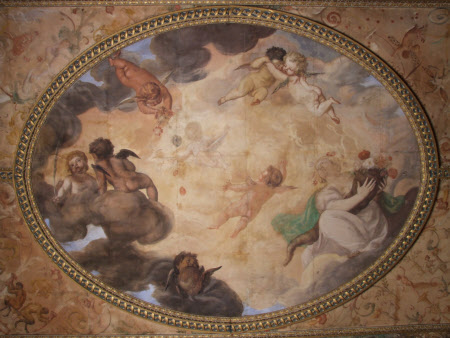 Tempera painting on paper, Flora with Cupids sporting among Clouds (after Polidoro da Caravaggio) by Francis Cleyn the elder (Rostock 1582 – London 1658). Oval, ceiling painting. Flora with a cornucopia from which flowers are spilling, with cupids who are throwing flowers and playing.