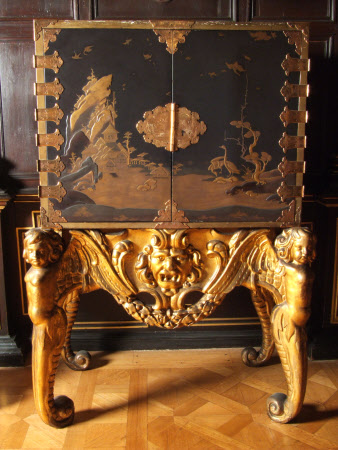 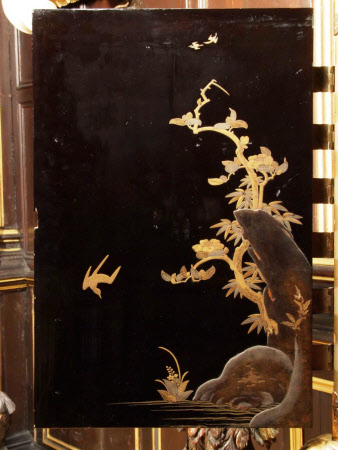 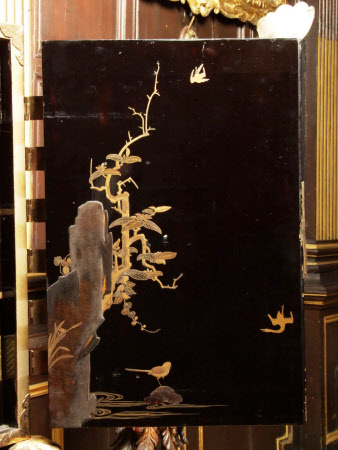 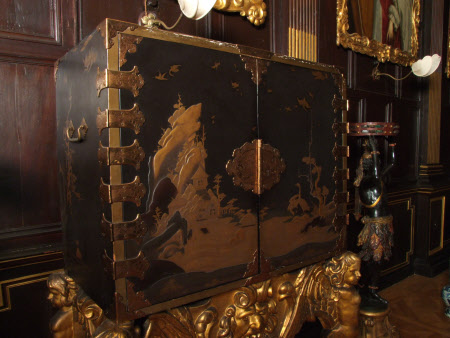 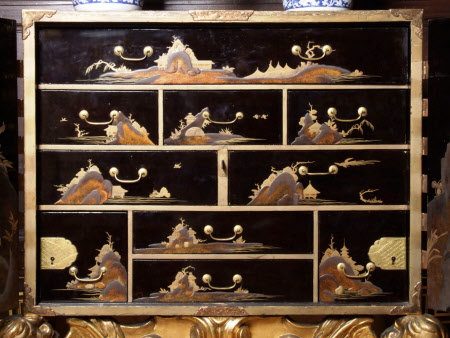 A Japanese lacquer cabinet, circa 1650, raised on an English giltwood stand, circa 1675. The cabinet opens with a pair of doors depicting hills, trees and birds in raised gold and silver lacquer on a black background, with similar decoration to the side panels, the back is japanned (probably later). Each door is mounted with six engraved brass hinges, corner mounts and a finely shaped keyhole escutcheon plate. The interior is fitted with ten drawers fronted with Japanese lacquer depicting buildings and foliage, mounted with original loop handles, the square drawers of the lower corners mounted with a lock. The cabinet sits on a very unusual giltwood stand with four legs carved as elephant trunks, each surmounted by a winged cherub's bust, the large front rail centred by a mask with an open-mouth within a cartouche above a foliage swag. A lacquer cabinet on a giltwood stand appears in the Gallery by 1679, first described as an "Indian" cabinet, and later as "fine Japan" (1683). According to George Nix's surviving bills, circa 1730 the stand was regilded and the top lacquer panel of the cabinet was removed and replaced in order to create a lacquer and japanned table (NT 1139748). He substituted the top panel of the cabinet with japanned deal.