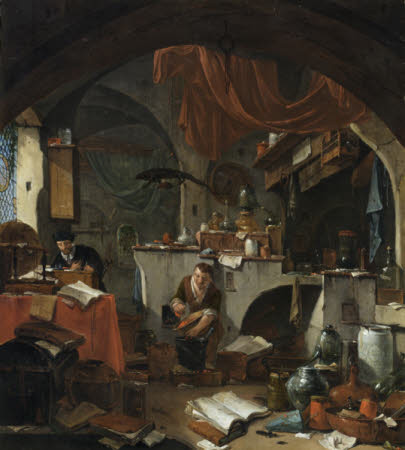 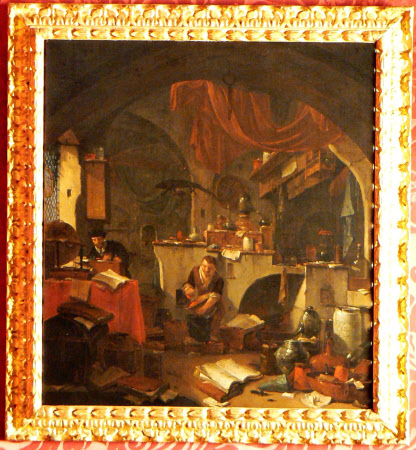 Oil painting on oak panel, An Alchemist by Thomas Wyck (Beverwijk 1616 – Haarlem 1677), circa 1673. The alchemist is shown in his laboratory with an assistant.