The Hosts of Pharoah engulfed by the Red Sea 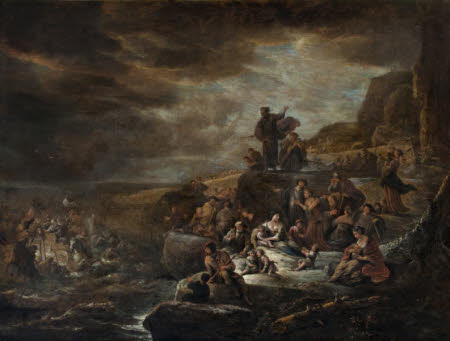 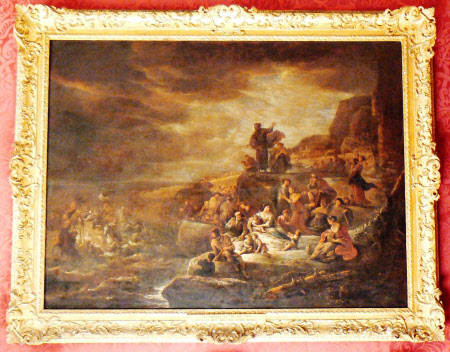 Oil painting on canvas, The Hosts of Pharoah engulfed by the Red Sea, by Jacob Willemsz. de Wet the Elder (Haarlem c.1610 - Haarlem 1671/2 or after 1675), signed: J.d.Wet. People sheltering on a shore to the right, with a small vessel on the left.

Verso: in ink: Pharoah and his host drowned in ye Red Sea by Mola. Pret 60