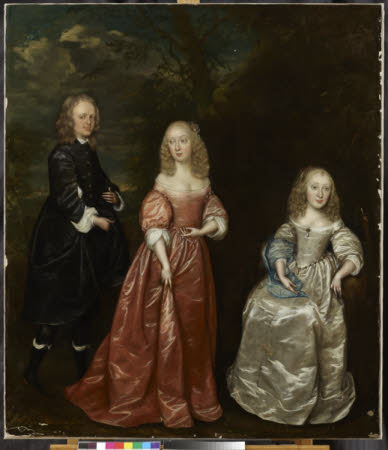 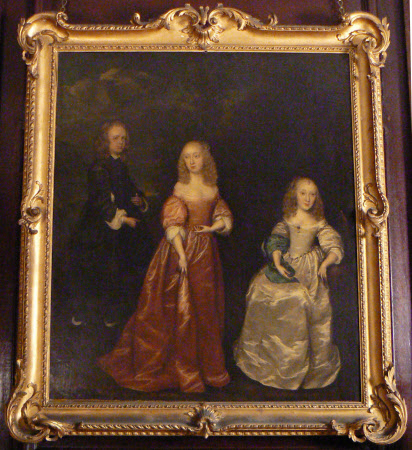 Joan Carlile was one of the first Englishwomen to be recorded as a professional painter. Despite being referred to by a writer in 1706 as a copyist of Old Masters in favour with King Charles I, only her portraits of contemporaries have been reliably identified. This painting, of Elizabeth Murray, Countess of Dysart (1626-98), with her first husband Sir Lionel Tollemache (1624-99) and her sister Margaret Murray, Lady Maynard (c.1638-1682), is one of her earliest known works and was probably painted c.1648, just before Elizabeth’s marriage. The Carliles were neighbours of the Murrays in Richmond, London.