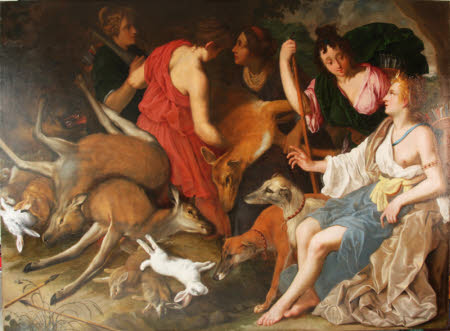 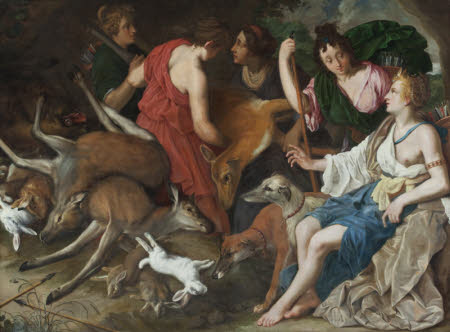 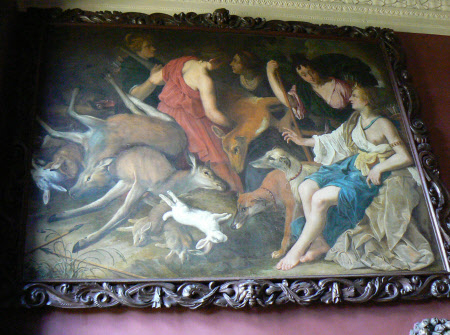 Oil painting on canvas, Diana with Nymphs by Adriaen van Nieulandt, the younger (Antwerp 1587 – Amsterdam 1658), signed bottom centre, in fine black script: Adriaen van / Nieulandt Fecit / Ano 1615. Landscape format showing a clothed Diana seated in the bottom right, two hunting dogs beside her right knee. Culled deer in the foreground, with other hunters. There is another later version of Diana and her Nymphs by van Nieulandt dated 1641 in the Herzog Anton Ulrich Museum, Brunswick.