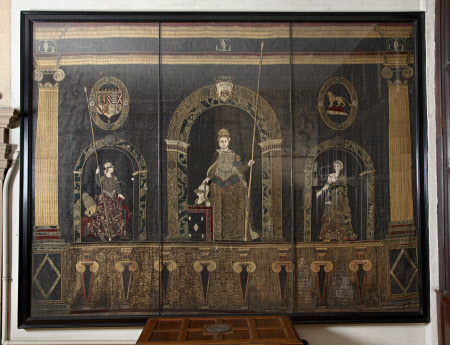 Large embroidered panel - one of hangings originally in Withdrawing Chamber (set of five, four of which still exist). Zenobia with Magnanimity and Prudence within arched niches. Ionic columns each side, GES cypher in frieze. Shrewsbury arms in oval to left, Cavendish to right. Elizabethan/Mannerist balusters with large volutes along base, areas of cut velvet in between. Metal thread (still gilt). Ebonised frame, glazed.