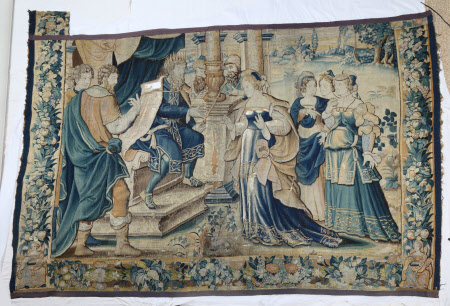 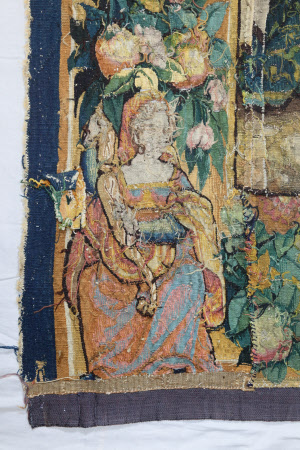 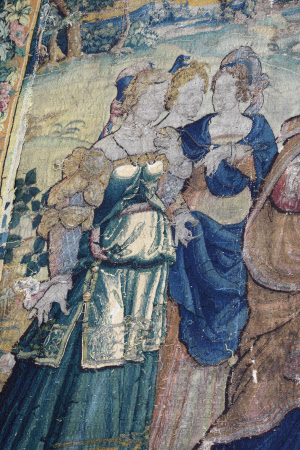 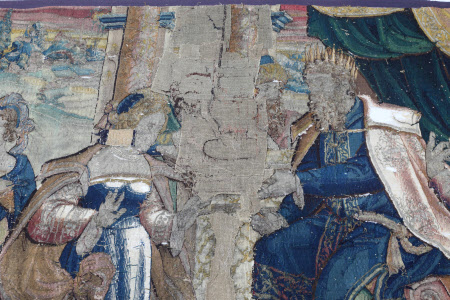 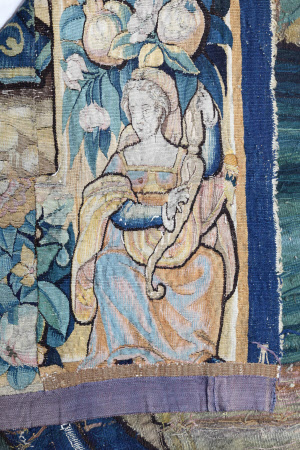 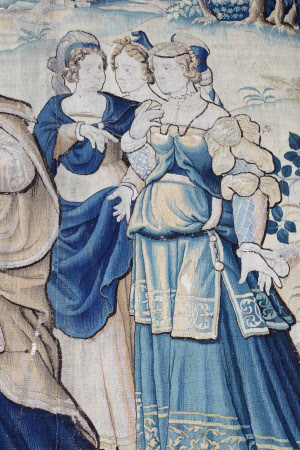 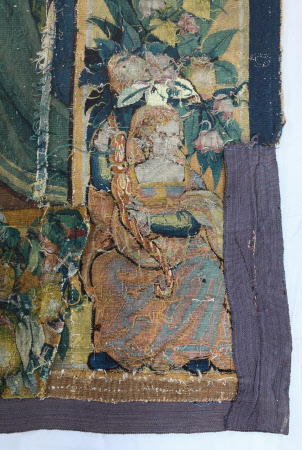 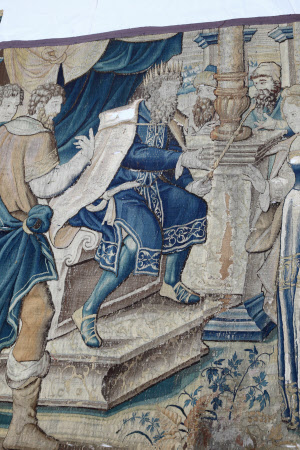 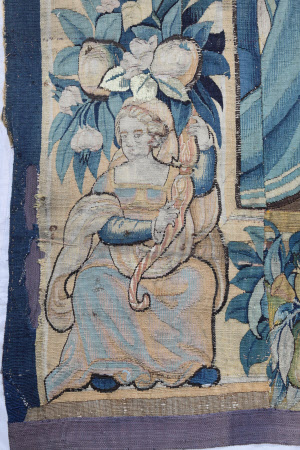 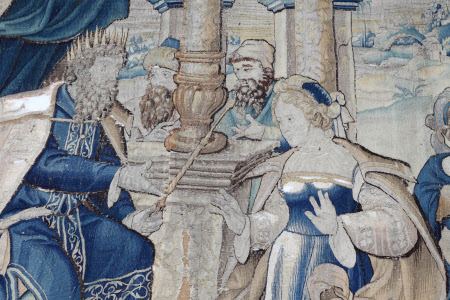 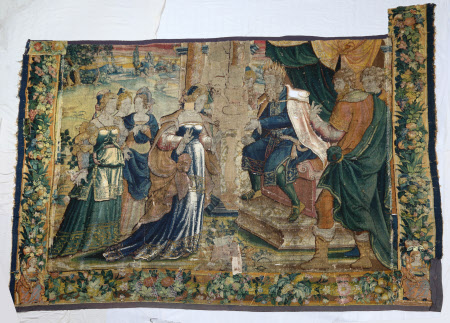 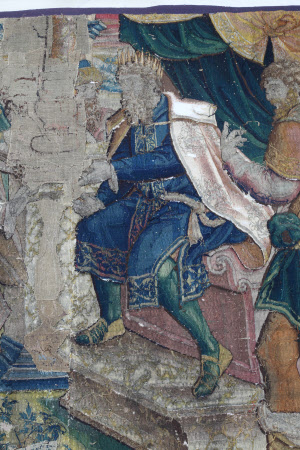 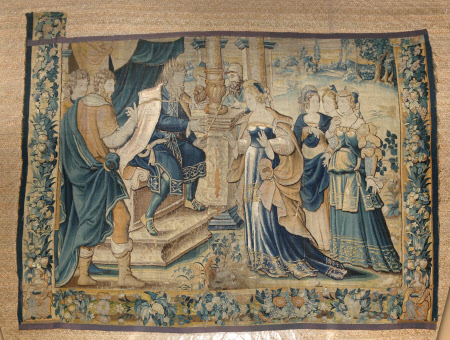 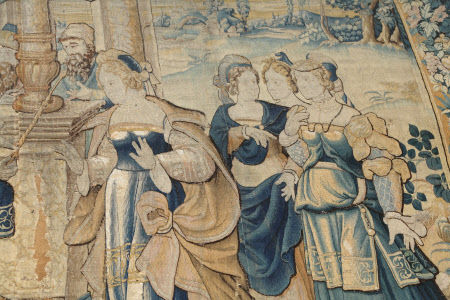 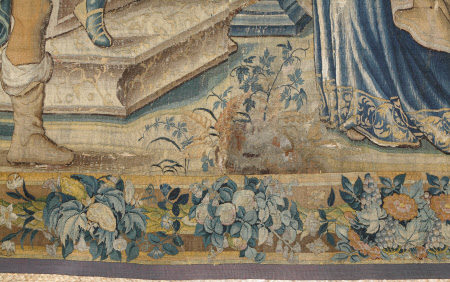 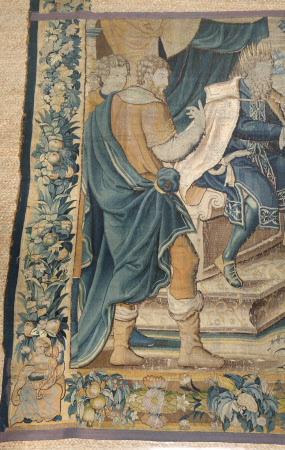 Tapestry, wool and silk, 4½ warps per cm, Esther before Ahasuerus from a set of five Old Testament and Classical Subjects, probably Oudenaarde, c. 1545-1555. To the left King Ahasuerus, crowned and seated on a throne under a canopy of state, stretches out his hand and his golden sceptre to Esther, who stands before him with her head slightly bowed and both her hands raised in front of her. Male attendants surround the king's throne, and three maids stand behind Esther. The throne is set within an open columned structure and there is a landscape in the background. The borders of the tapestry are composed of a central palm trunk with bunches of different fruit and flowers arranged around it, with seated women at the two lower corners holding giant sticks of Brighton rock. There is a dark blue galloon around all four sides and in right-hand galloon at the bottom is part of a maker's mark. The two side borders have been cut off, taking with them a narrow strip of the main field, and then sewn back on to the tapestry. The upper border is missing.