The Contest over Achilles' Armour 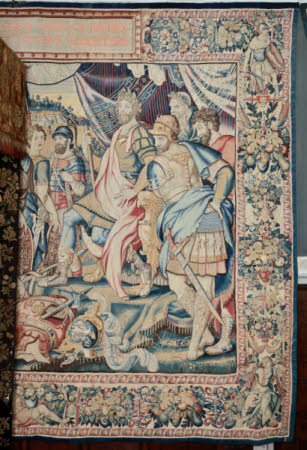 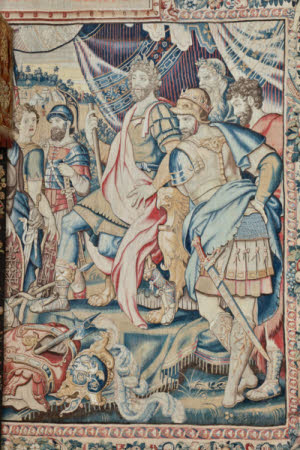 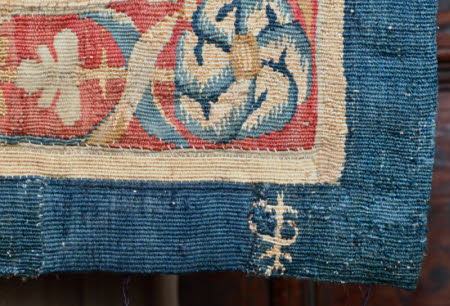 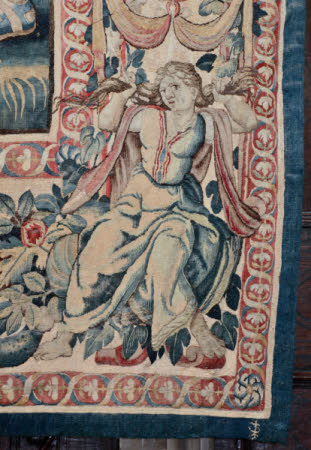 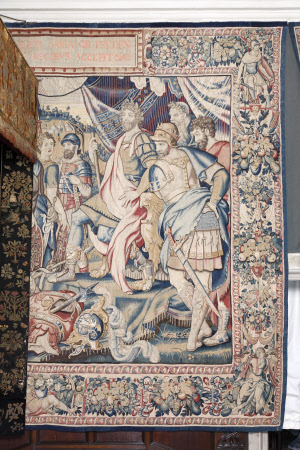 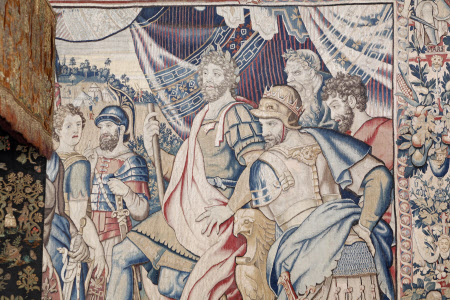 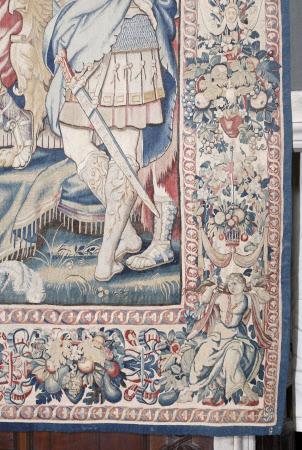 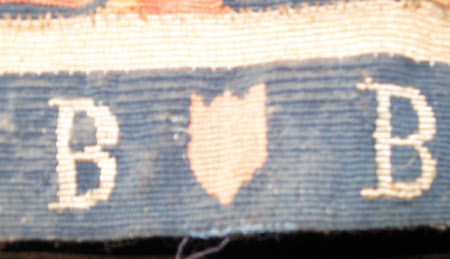 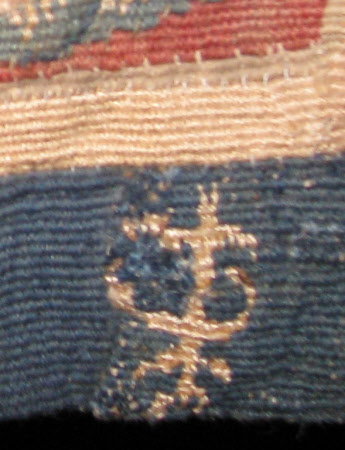 Tapestry, wool and silk, 7 warps per cm, The Contest over Achilles’ Armour, from a set of 8 of the Story of Ulysses, Brussels, c. 1550-1565. This is the fifth tapestry in the narrative series. Ajax (Telamon) and Ulysses, on the left hand side of the scene and identified by inscriptions on their clothing, are in dispute over the armour of the fallen hero Achilles which lies in a heap on the ground in the centre. Their dispute takes place in the Greek camp and is witnessed by Agamemnon and Menelaus, who are also identified by inscriptions. Other members of the Greek army crowd into the tent, and more tents can be seen in the background landscape. The armour itself is very elaborate and includes a red breastplate, a blue helmet with a golden lion no the top and a large plume, a silver axe and a shield adorned with a thunderbolt. After Achilles was killed Ajax and Ulysses had retrieved his body, and they were the only men brave enough to claim his armour. Their dispute took the form of a debate. Ovid’s Metamorphoses recounts that following Ulysses’ speech the Greeks awarded him the armour, and that Ajax committed suicide in shame (Book XIII). Other sources relate that he was driven mad by Athene, and on returning to his senses killed himself in shame at having run amok and killed livestock.

In cartouche on upper border: [………..] A PARIDE PEREMPTI ARMA OB PRVDEN/ […….]GRATIAMI BEGIBVS ACCEPTIT [then a scrolling flourish] Lower galloon, left: 'BB' either side of a red shield Lower galloon, right: Mark consisting of a vertical line, forked at the top, with three curved horizontal lines crossing it and a circle at the bottom