Ulysses Taking Leave of his Family 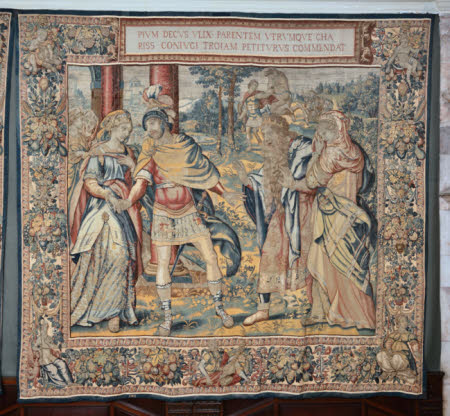 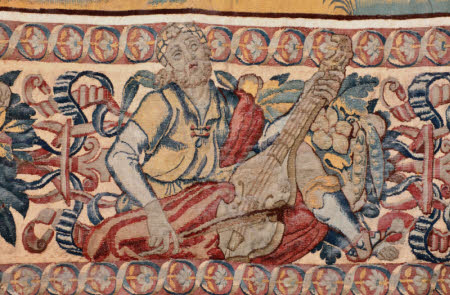 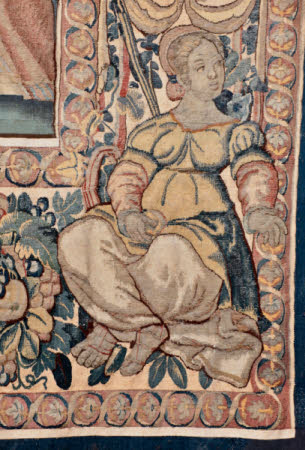 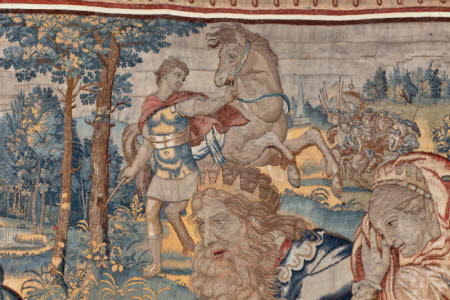 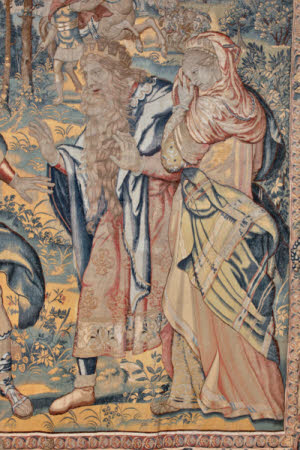 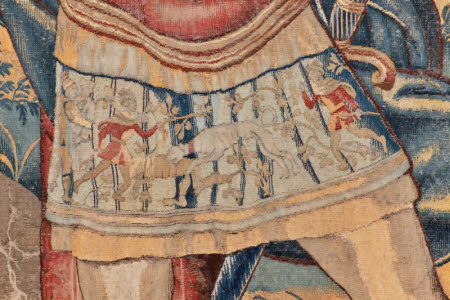 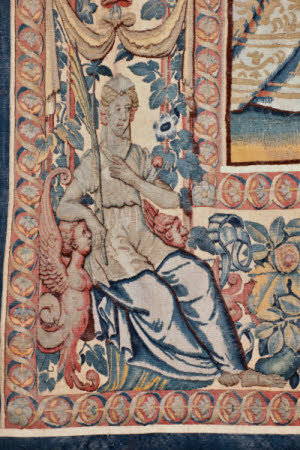 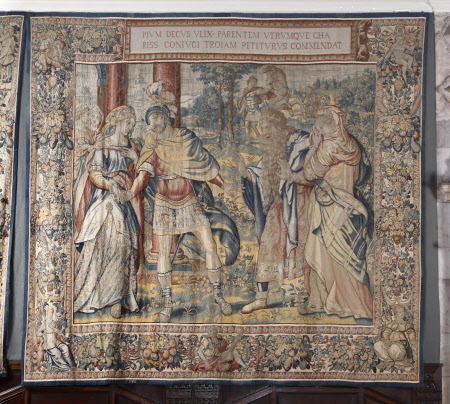 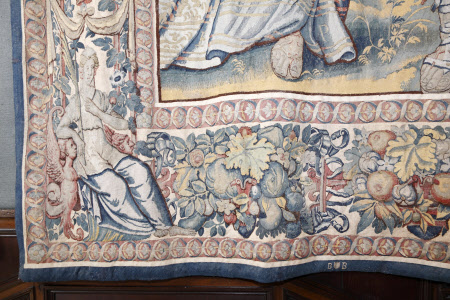 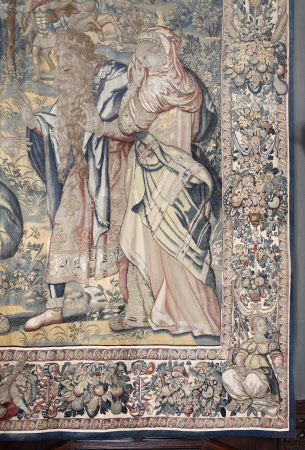 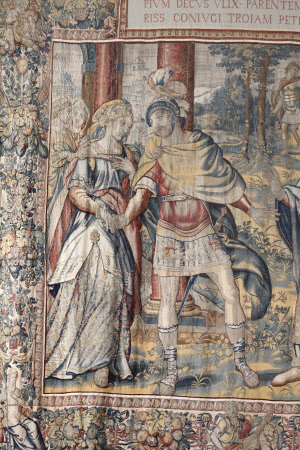 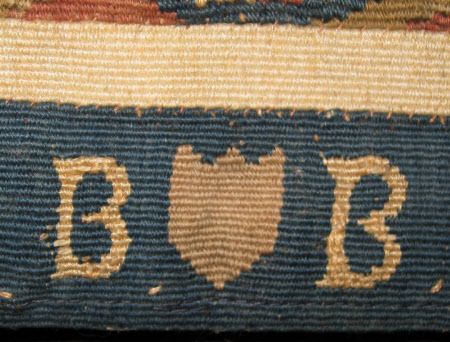 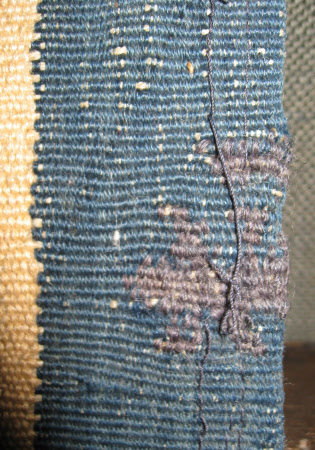 Tapestry, wool and silk, 7 warps per cm, Ulysses Taking Leave of his Family, from a set of 8 of the Story of Ulysses, Brussels, c. 1550-1565. This is the third tapestry in the narrative series. Ulysses is here seen taking leave of his wife Penelope and his aged parents Laertes and Anticlea as he sets off for the Trojan War. His dress is the same as in the two previous scenes but he now wears a plumed helmet. Ulysses holds Penelope’s hand and bends his head towards her, gesturing towards his parents who stand weeping. In the background on the left are two of Penelope’s waiting women by an archway, and further to the right in the distant landscape Ulysses appears at the head of a group of soldiers, holding a leaping horse. The figure of Ulysses with the horse refers back to the Dioscuri, a pair of colossal statues in Rome. This event is not specifically described in the Iliad or in any other literary accounts.