The Return of Sarah by the Egyptians 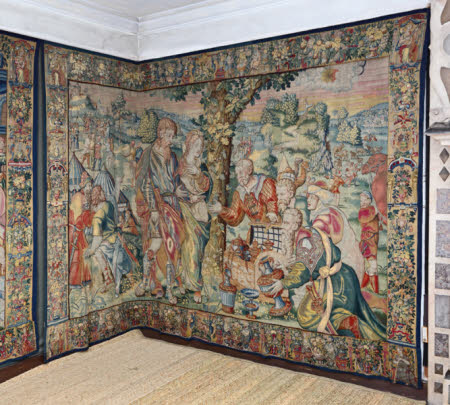 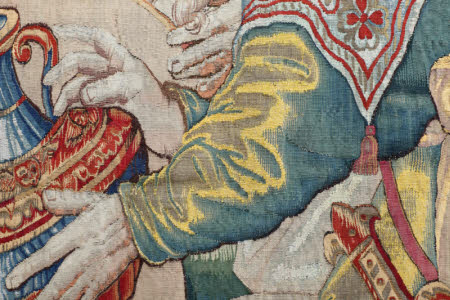 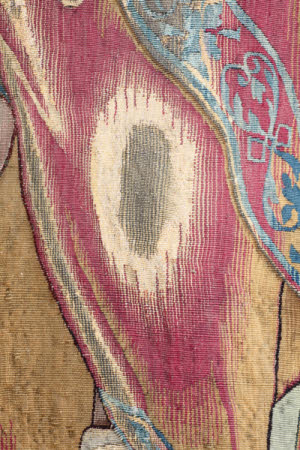 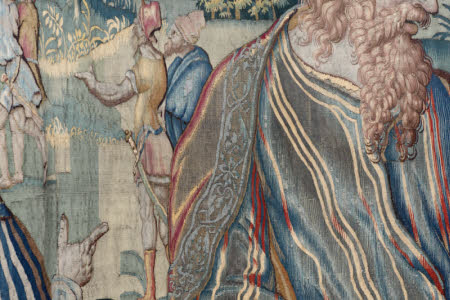 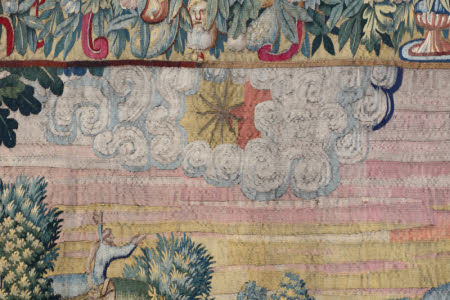 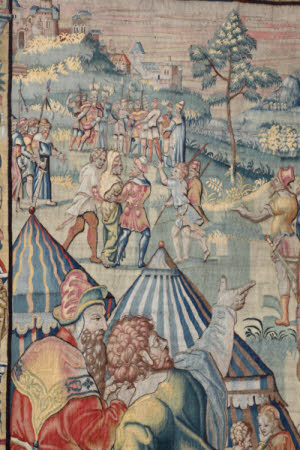 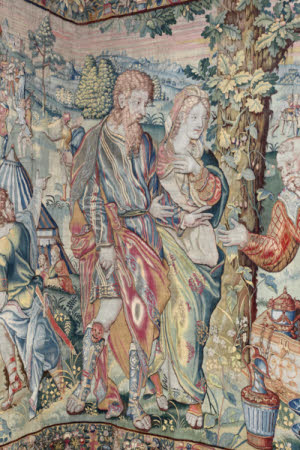 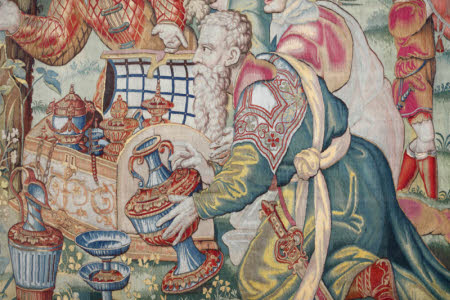 Tapestry, wool, silk and metal thread, 6-7 warps per cm, The Return of Sarah by the Egyptians from a set of four of the Story of Abraham, probably Oudenaarde, c. 1580-1590. In the centre Abraham and his wife Sarah stand by a tree watching as three men kneel to their right with a casket of treasure and various rich golden vessels. At the far right a young man holds the halter of a camel. To the left two men armed with swords sit on a hassock before an encampment. Beyond is the earlier scene of the abduction of Sarah by the Egyptians, her small figure being led away by armed men towards a city on a distant hillside. In the background on the right there are armed men and livestock in the landscape, and on a low hill Abraham appears again, kneeling and conversing with God who appears as a golden star in a burst of clouds in the sky. The borders of the tapestry are composed of decorative architectural forms amongst foliage and fruit, with allegorical figures at the corners. The lower border has been woven separately from the rest of the tapestry.

Below goat in lower border: IN LE SCISCENTES