Rebecca at the Well 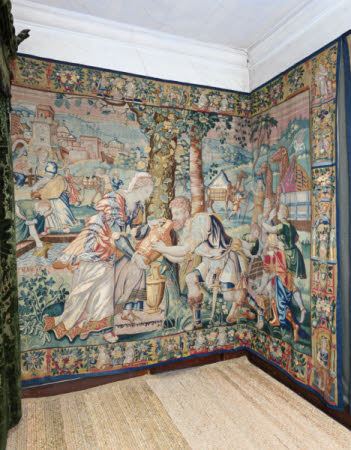 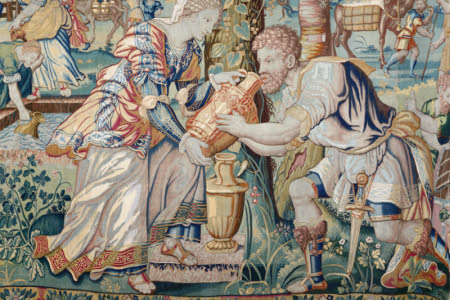 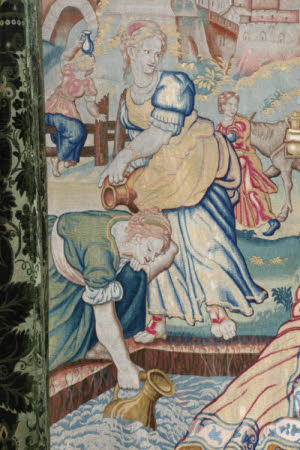 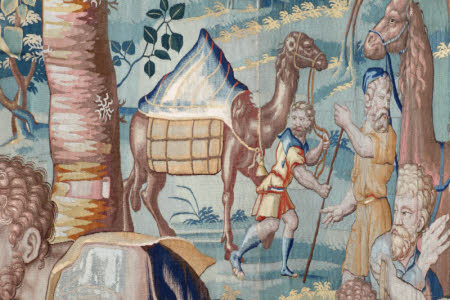 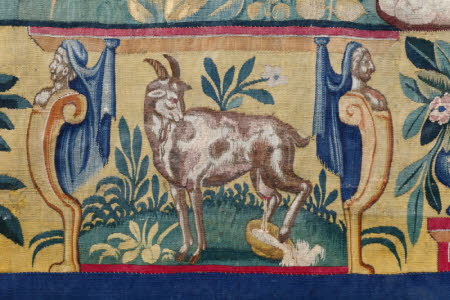 Tapestry, wool and silk, 6-7 warps per cm, Rebecca at the Well from a set of four of the Story of Abraham, Southern Netherlands, probably Oudenaarde, c. 1580-1590. In the centre Eliezer, bearded and wearing a tunic and a sword at his belt, kneels to drink from a pitcher held by Rebecca who wears a blue and red robe over a red skirt. The pair stand in front of a large oak tree and a well, and on the left two more women collect water in large pitchers. To the right of the main figures is a group of men with chests full of treasure, and three camels, and on the left there is a walled city among the distant hills. The borders of the tapestry are composed of decorative architectural forms amongst foliage and fruit, with allegorical figures at the corners.