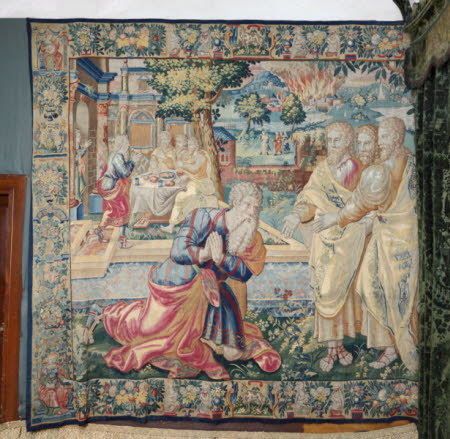 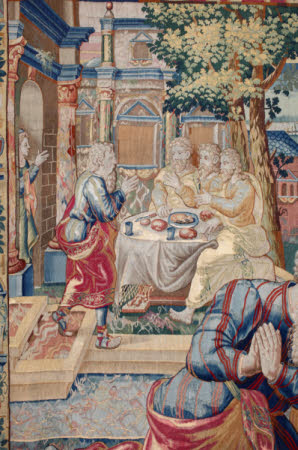 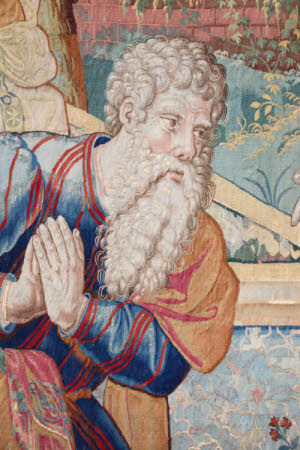 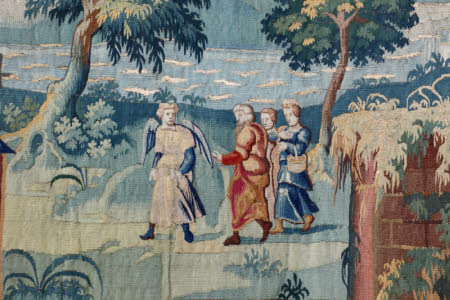 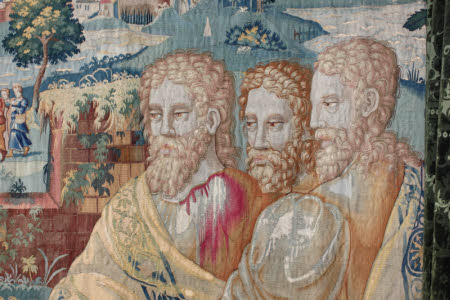 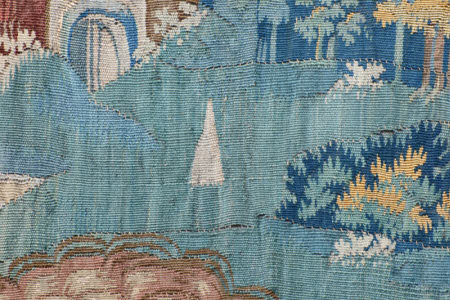 Tapestry, wool and silk, 6-7 warps per cm, God Appears to Abraham from a set of four of the Story of Abraham, probably Oudenaarde, c. 1580-1590. In the centre Abraham kneels, his hands clasped, before God who appears to him in the form of three men who stand looking down at him. On the left in the background Abraham watches while the three men eat a meal at a table under a tree, and his wife Sarah watches from the doorway of a classical building. In the distance behind the central figures is a small group of three figures being led by an angel, and on the horizon a city in flames. The borders of the tapestry are composed of decorative architectural forms amongst foliage and fruit, with allegorical figures at the corners.