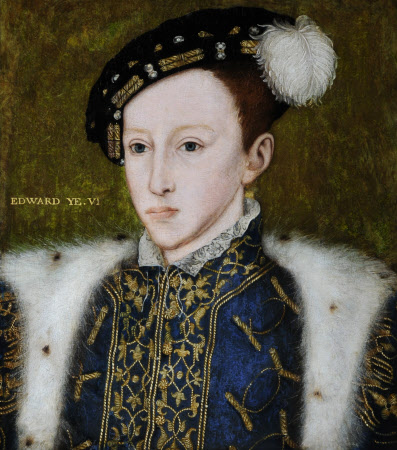 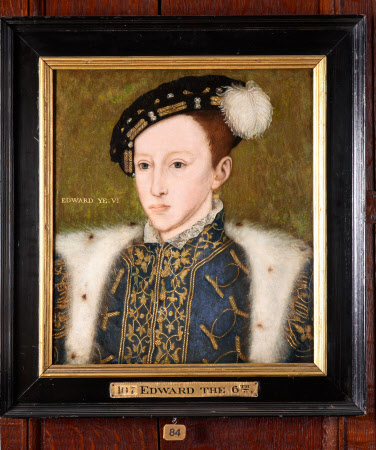 Edward VI (1537-1553) was born Hampton Court Palace on 12 October 1537, the son of Henry VIII and Jane Seymour. He acceded to the throne on 28 January 1547, and was crowned at Westminster Abbey on 20 February 1547. He died Greenwich Palace on 6 July 1553 and is buried in Westminster Abbey, near the tomb of his grandfather Henry VII, but has no memorial. This is a variant copy of the head and shoulders of the full length portrait by William Scrots in the Royal Collection at Hampton Court.

In Inventory of the contents of Hardwick Hall made in 1601 and attached to the will of Elizabeth Hardwick, Countess of Shrewsbury (c.1520-1608); in Swift 1811 inventory and thence by descent until, following the death of Edward William Spencer Cavendish, 10th Duke of Devonshire (1895 - 1950), Hardwick Hall and its contents were accepted by HM Treasury in part payment of death duties and transferred to the National Trust, in 1959