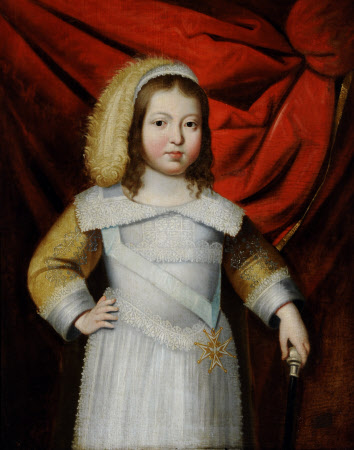 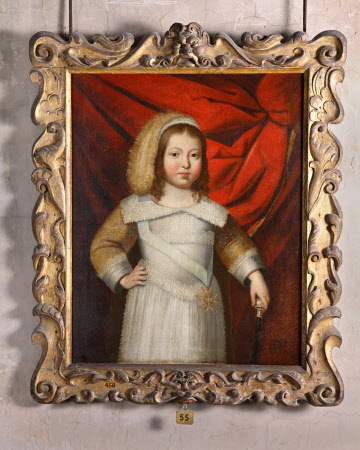 Oil painting on canvas, King Louis XIV, King of France (1638–1715) as a Child, after Claude Deruet (Nancy 1588 – Nancy 1660). A three-quarter -length portrait, slightly right, wearing a white dress trimmed with lace, yellow sleeves, white cap with yellow feather and the order of St Esprit on his right shoulder, a cane held in his left hand. A similar portrait is in the Musee des Beaux Arts, Orleans.

In Lady Louisa C. Cavendish, later Lady Egerton, Catalogue of the pictures at Hardwick Hall, 1860;and thence by descent until, following the death of Edward William Spencer Cavendish, 10th Duke of Devonshire (1895 - 1950), Hardwick Hall and its contents were accepted by HM Treasury in part payment of death duties and transferred to the National Trust, in 1959