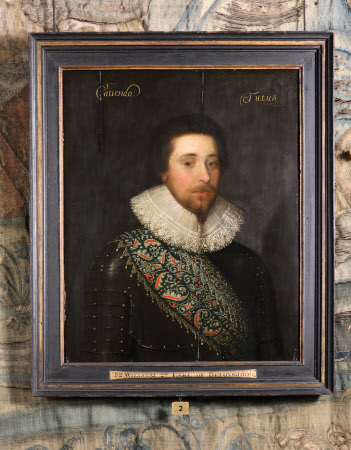 This picture is inscribed, in yellow flowing script: Cavendo: Tutus – ‘Safety through caution’, the motto of the Cavendish family. Although the 2nd Earl died only two years after his father, he stamped his identity on Harwick Hall with lavish new furnishings. Another picture at the house shows him only a year or two later, but in which he has aged significantly.

In 1811 inventory; and thence by descent until, following the death of the 10th Duke of Devonshire, Hardwick Hall and its contents were accepted by HM Treasury in part payment of death duties and transferred to the National Trust, in 1959